The ‘Kiwi Way’ Wins the Day 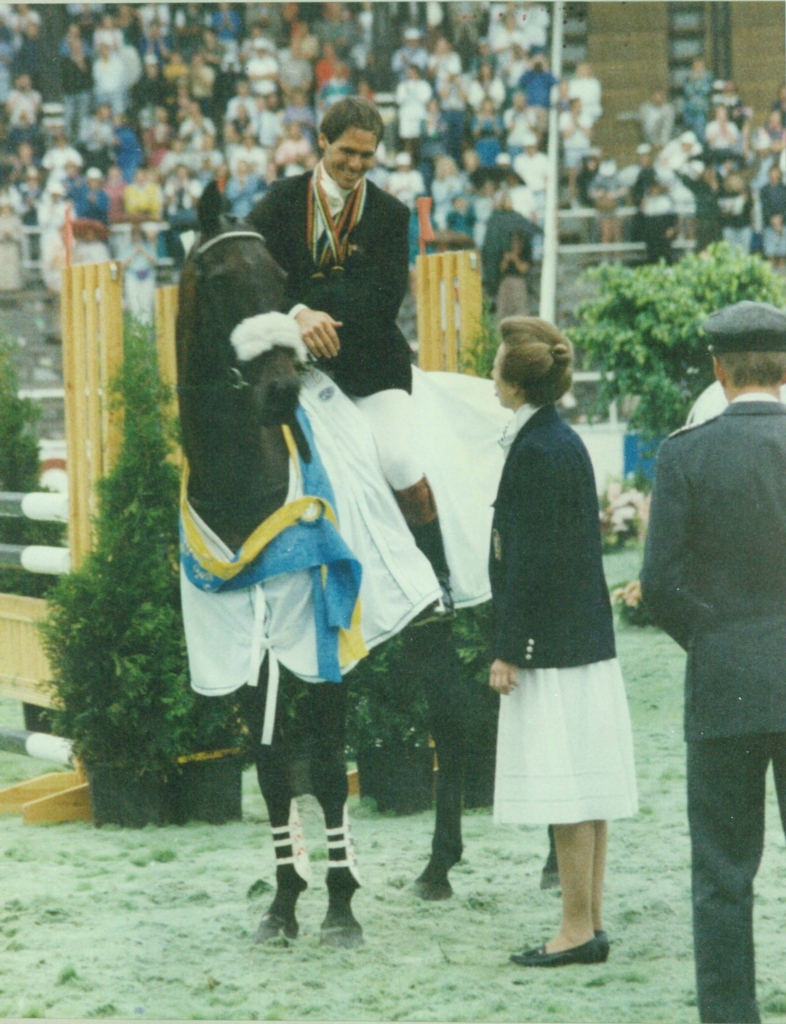 As the 2018 WEG approaches, it’s hard not to think of Blyth Tait who stormed home to take that first individual gold medal at the inaugural championships in Stockholm in 1990 and was also a member of the winning Kiwi team.

He’s still the steely determined rider of yesteryear, but says he’s far more of a realist today as he tries to earn a spot in the 2018 team. “It would be fantastic to be on the team again,” he says. “I love representing New Zealand.” He’s been campaigning but more as an individual than a team rider.

While the heart of his WEG preparation hasn’t changed since that first one, plenty has. “It’s still the same really but in those early days, we didn’t know what we were doing . . . and it was all done on a shoe string. There was massive enthusiasm and we all just made it happen. It is the Kiwi way.”

He was based in New Zealand when he decided to give the 1990 WEG a shot, travelling to Europe 12 months out to start his campaign. He and Messiah had three big international competitions to prepare at Chantilly, Achselswang and Badminton, placing second at each.

“I was quite naive about it all but had plenty of confidence,” says 57-year-old Tait. “I felt Messiah was world class, so WEG was an obvious goal for us. It was just incredible to win two golds there. It was my first major team competition. I had done Badminton the same year but this felt like a real achievement for the whole team. It was also reward for all who had been involved in getting us there.”

He also has a full set of Olympic Games’ medals too – gold individual and bronze team from Atlanta in 1996,, and silver team and bronze individual from Barcelona in 1992.

He stepped back from the sport he loved in 2005. “I felt I was just doing the same thing over and over again when I retired,” he says.

But in 2011 he was back at it – for all the same reasons that drew him into equestrian in the first place. “I was missing it. The fundamental thing is a love of horses – producing and training them to the best they can be. I love the challenge of riding cross country and the people involved in eventing are a certain breed – they get it, they understand it and although we are hugely competitive, we are all very supportive of each other.”

When he came back in 2011 he was only going to compete for a short time and had no inclination to be based in the UK for any period of time. “But once you get started it just snowballs.”

He’s based at the same yard he was all those years ago. It is in the Cotswolds and owned by his great friend Suzanne Van Heyningen.
“It is a private yard and is all very Kiwi. The horses live out, there is no indoor or gallop, but being in the Cotswolds there is a lot of that available just a short truck trip away . . . and there are a lot of fond memories here. It is the ideal place to be.”

Tait has three in his team – Havanna (owned by Jane Lovell-Smith, Katherine Corich and John Ormiston), the 11-year-old chestnut mare he teamed up with in 2017 and who he is on the ESNZ High Performance Futures Squad with; Dassett Courage (owned by Thomas Barr, Sally Grant and Tait), a 14-year-old Irish Sport Horse who Tait feels is starting to consolidate as a team horse; and 13-year-old Leo Distinction (owned by Julia and Fiona Fraser, Jane Lovell-Smith and Tait) who is “fantastic” as cross country but lacking the competitiveness he needs on the flat as a team horse.

“We all know what horses are like though . . . they can surprise you!” He was devastated to lose Bear Necessity from his string mid 2017.

“He was by far my most experienced horse and it would have been fantastic to have him. This game is as much about horse power as anything and we were just getting established at that level.”
Bear Necessity is recovering at home from a stifle ligament issue and Tait is confident he will be back in the future to continue his journey.

History tells us the concept for WEG had been first mooted as early as 1983 by the then FEI president, the Duke of Edinburgh. It was grasped by Ulf Rosengren, the secretary general of the Swedish Equestrian Federation, who pushed it over the line – despite much opposition from many nations, including his own.

However, he convinced the FEI and Swedes to approve it and Stockholm started taking shape. In the summer of 1990, more than 400 athletes from 37 countries converged on Sweden to compete across the six disciplines.

“WEG is the pinnacle of our sport,” says Tait. “The Olympic Games has a greater impact on a wider stage but within the industry it is WEG.”

He’s hopeful he will be there in 2018 for what is probably his last.

“I take it all day by day,” says Tait. “I have had a good innings and won’t be looking to do this for that much longer. We will get to the end of the season and then make a plan.”

Whatever that plan is, it is guaranteed to involve horses.