Burghley is Back and the Kiwis are Ready

New Zealand’s golden couple of the eventing world head to the Land Rover Burghley Horse Trials this week chasing victory in an event largely recognised as the world’s premier 5*.

World no. 2 and no. 5, Tim and Jonelle Price, along with fellow Kiwi Hollie Swain are part of a 54-strong field competing at Burghley, which is back after a three year hiatus. Tim has three on the card in his veteran Bango, along with Vitali and Polystar I; with Jonelle entered on her star mare Classic Moet; and Hollie competing aboard Solo. Tim, who won the event in 2018 aboard Ringwood Sky Boy, says he is really looking forward to getting back out at Burghley. Leading his pack is 16-year-old Bango, who is slotted at number three in the draw. The Irish Sport Horse has previously competed at Badminton, Luhmuhlen and Kentucky, with a fifth at Burghley in 2019 his best effort at 5* level.

“He will lead the way with his experience at this level, while Vitali and Polystar I are pretty unknown for Burghley . . . but I am looking forward to the challenge,” he says. “All three ar4e very good horses – they are exciting and competitive. It is great to be back at the world’s premier 5* after three years away.” 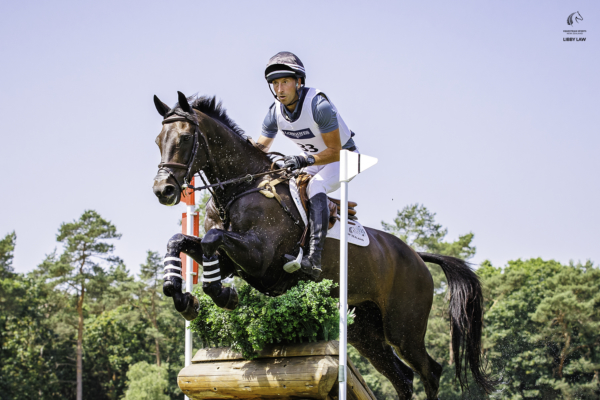 Vitali, a 12-year-old German bred gelding, was Tim’s mount for the Tokyo Olympic Games. This will be just his second 5* start, after a 10th placing on debut at Luhmuhlen earlier this year. Polystar I is relatively new to Tim’s barn. The 17-year-old, who was previously ridden by Aussie Chris Burton, has had two international starts with Tim, including a second in the CCI4*-L at Strzegom this year. This will be their first 5* start.

Tim he felt the event would be a great lead in to the FEI World Eventing Championships which are later in the month. Jonelle and Classic Moet need little introduction. The 19-year-old mare, who won Badminton in 2018 and has placed third and fifth at Burghley, seventh at Kentucky, and fourth at the World Champs in 2014, is known for her speed.

“She has had good prep,” says Jonelle. “She knows her way around too having been here a couple of times previously. The cross country is historically well-suited to her – it demands a lot from horses in terms of endurance and speed, which are her forte. We have really felt the loss of Burghley for Molly (Classic Moet) these past couple of years and are so looking forward to getting back there and having a good crack.” Hollie Swain and 13-year-old Solo made their 5* debut at Luhmuhlen this year with a top 20 finish and will be looking to back that up with another solid performance.

The Kiwis have an impressive history at Burghley, with New Zealand combinations hoisting the trophy 14 times, including five times on the trot. Andrew Nicholson is widely recognised as the King of Burghley having won it three times consecutively with Avebury in 2012, 2013 and 2014.

William Fox-Pitt has won the title the most times with six victories, and lines up in 2022 seeking his seventh. Andrew Nicholson and Sir Mark Todd have won Burghley five times apiece and Blyth Tait, twice. Only 11 athletes have won it multiple times. 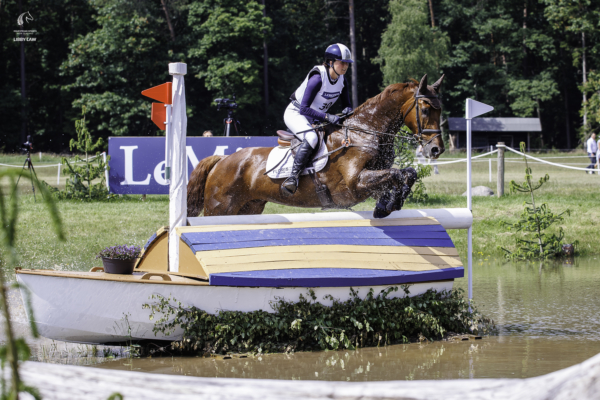 The first horse inspection is on Wednesday (August 31), followed by two days of dressage, the Derek di Grazia-designed cross country on Saturday and showjumping on Sunday.
Derek, who was the course designer for the Tokyo Olympic Games and for 11 years been tasked with the Kentucky 5*, has taken over reins from Captain Mark Phillips.

“It’s Burghley, so it is going to be big,” says Derek. “When you are doing a 5*you have to expect a course at that level. It is going to have questions that use the terrain and will require horses that have been trained to be able to answer the questions you expect at this level – the control, the balance, the adjustability and the fitness.”