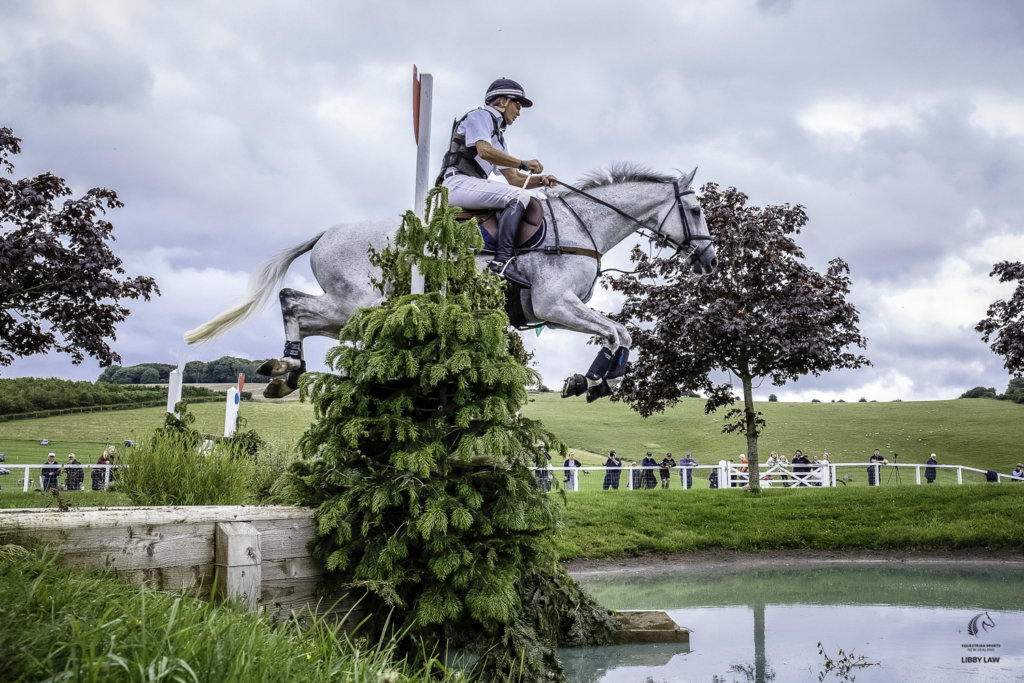 The King of Barbury is back . . . Andrew Nicholson this morning won his sixth CCI4*-S crown at the Barbury International Horse Trials aboard his 2019 winner Swallow Springs.

Andrew and the 13-year-old Irish-bred grey gelding finished the three tests on 39.3 penalty points. They had been fourth after the dressage, added four in the showjumping and just 7.6 in the cross country for their final tally. Wills Oakden (GBR) and MacGregors Cooley were second on 41.3 with Fiona Kashel (GBR) and Drumhowan Black Magic third, also on 41.3.

Andrew was also 21st aboard Monbeg Exclusive with a score of 58.2 in the 65-strong class.
Tim Price and Vitali completed the dressage and showjumping tests before withdrawing from the competition.

Jonelle Price and McClaren were the best of the Kiwis in the CCI3*-S (section B), placing sixth with a score of 39 penalty points with Tim and Chio 20 10th on 42.8. The 64-strong class was won by Alexandra Farrar-fry (GBR) and Grey Finnsky on 32.1.

Ginny Thompson had a trio of horses complete the CCI3*-S (section C), scoring 32.7 penalty points aboard Star Anise II, 34.2 on Capitaine de Hus Z and 35 with Gladstone II. The 79-strong class was won by Sarah Bullimore (GBR) aboard Conpierre on a score of 22.9.

In showjumping at the CSI4* in Gorla Minore, Italy, Bruce Goodin and Collin M placed fifth in the 1.45m, a class that attracted 27 combinations and was won by Pedro Veniss (BRA) aboard Ebriolita. The top three were all double clear, with Bruce picking up four in the second.