Artist all Class in 4* Dressage 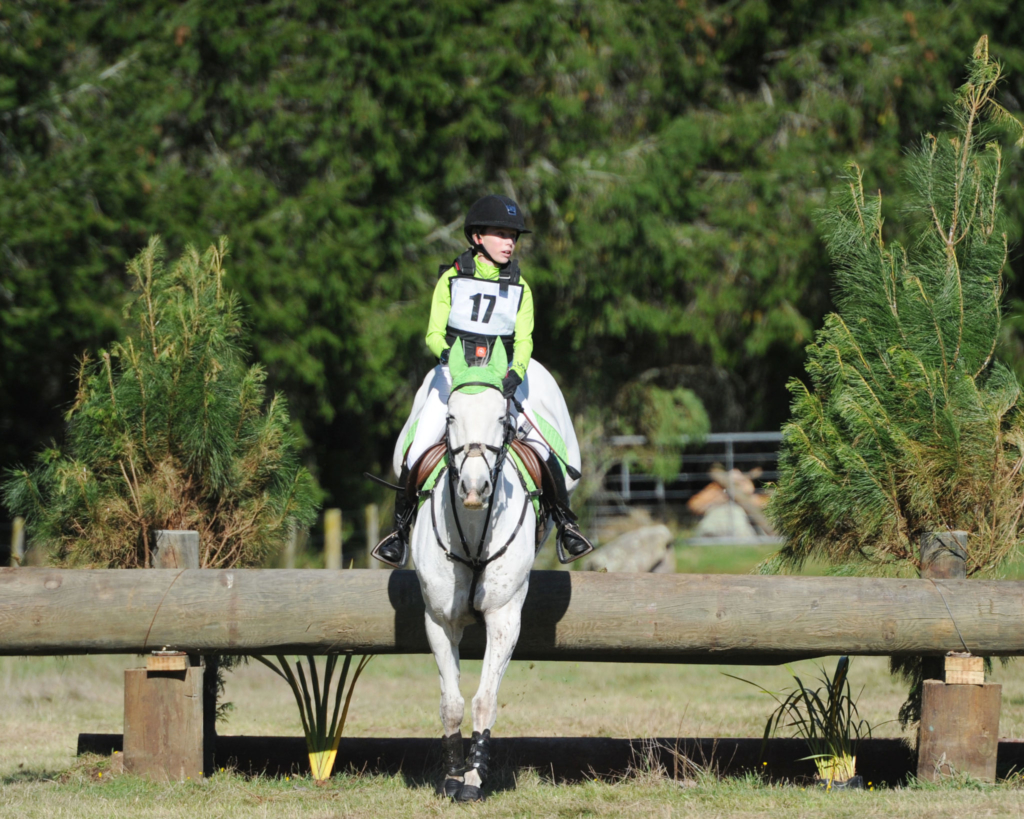 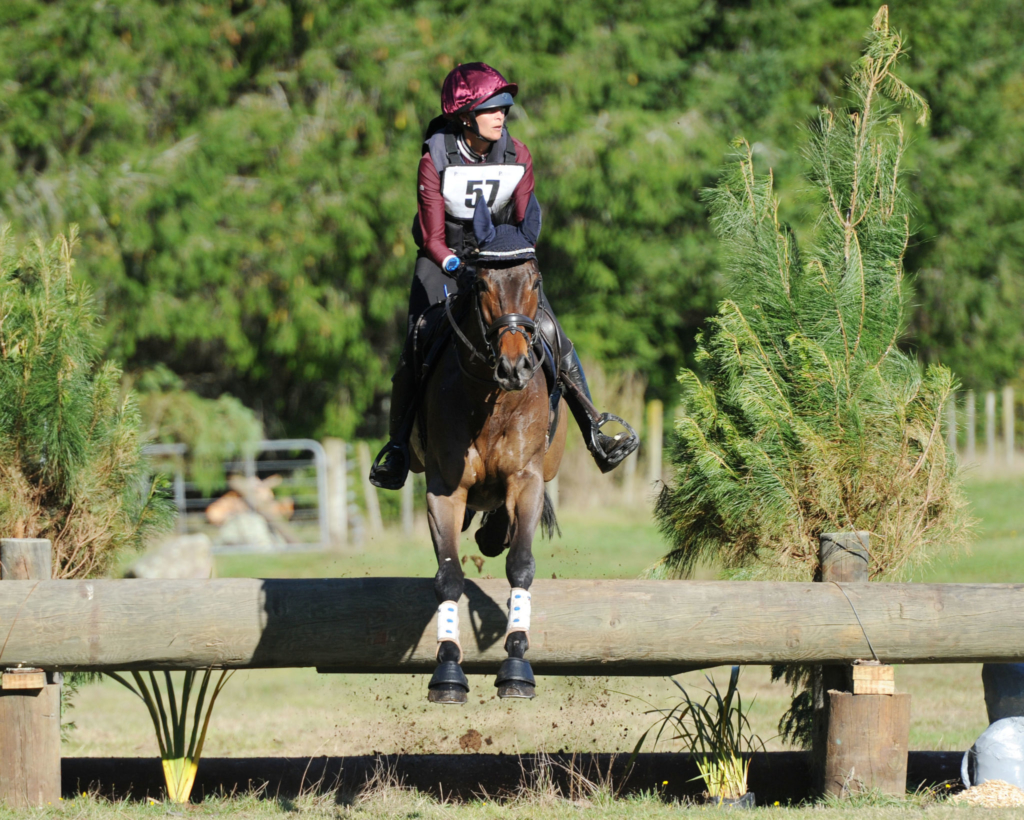 Sinead Gordon rides I Told You So. Copyright: Diana Dobson Sinead Gordon rides I Told You So. Copyright: Diana Dobson

Conditions couldn’t have been better for the second full day of competition at the New Zealand Three Day Event Championships in Taupo with clear skies and plenty of sunshine warming all.

Monica, a full time rider and coach, was chuffed with her nine-year-old gelding who she says is a true gentleman who just continues to improve. “This is only his third 4* start, and just second long, so it is great. I feel super lucky he has quality to burn so it is just a matter of getting him more established at this level. I am certainly very excited for his future,” she said. “When you know how capable they are, you just hope they stay together and let you ride them in the ring.”

She’s had a good look at the Chris Ross designed cross country and says it certainly has “enough to do”. “It is a good 4* track and I feel at this level, you always want more time between jumps in combinations – they just keep coming at you. The course is well-presented and well built, and all the strides are there to be ridden. It will reward good riding.”

Emily Cammock (Christchurch) and Antara have taken the lead in the NRM CCI3*-L Championship with their 24.6 penalty point dressage test, relegating Renee Faulkner (Auckland) and Gina VT Bloemenhof to second on 26.3, with Heelan Tompkins (Rotorua) aboard CP Aurelio and Kyle Calder (Auckland) with Apteryx in third equal on 27.7.

Emily is keen to get Antara to 4* level. “He has done a national 4* and jumped double clear but we can’t do an FEI one because he’s not qualified – so that is the goal,” she says. “He is consistently good on the flat so I was very happy with him.”

She says the class is super competitive and she plans to make the most of being at the top of the leaderboard. “The cross country looks amazing. It is a really technical course and I have to be really careful not to be technical in the way I ride him. As soon as I try to set him up, he thinks there is something wrong.”

She plans to run him slow over the cross country tomorrow. She has previously won the 3* title with Gibstar in 2009.

Taranaki dairy farmer Matthew Grayling has won all of the national titles at Taupo, but this time he is chasing the Equestrian Entries CCI2*-L Open honours. He and Henton Ambassador lead the eight-strong field on 25.6 penalty points, with Denise Rushbrook (Otakiri) and Eton MVNZ in second on 28.1 and Savanna Stirling (Clevedon) with Shillings in third on 31.8.

Matthew has been riding the nine-year-old warmblood gelding for three years and says he has come a long way. Today’s dressage was a personal best and he knows there is plenty more where that comes from. “He is powerful, scopey and a big boy. He looks easy now, but wasn’t easy for a start,” says Matthew. “That was certainly the best test he has done – his work leading into this was going well and I know he is capable of going better.”

The horse can be a little heavy and strong in the cross country and Matthew says he puts up with his pulling a little for the sake of better jumping. “The course has some good questions and the ground is exceptionally good. It is meant to rain but the ground here handles that well. We’ve put a lot of work into this horses, so it is nice to feel good things are happening.”

Ashra McAvinue (Hunua) is pinching herself that she and her six-year-old TR Willow are still at the front of the 37-strong Dunstan CCN1*-L Championship field. “I feel a bit numb,” she said. “I did not expect to still be leading at the end of the cross country.”

But going clear and inside time, to remain on her dressage score of 23.5 penalty points has her in pole position going into the showjumping tomorrow, with Anna Bryant (Methven) and Peace Train in second on 27.9 and Scout Lodder (Clevedon) on Kingsguard in third on 29.2.

“I found it good (on the cross country),” said Ashra. “She is green, so it wasn’t perfect out there but she was really good and brave, and just tried her hardest. That course was quite big and bold.”

She says she is grateful for having “amazing” support people around her who have all helped so much. “I am just thrilled. This is her first season in eventing, so whatever happens tomorrow, just happens.”

Ashleigh McKinstry (Taupo) and Pioneer Ice Monkey held on to their overnight lead in the Taupo Veterinary Centre CCN105-L Open, coming home clear and inside time to remain on the 27.7 penalty point dressage score.

“It is pretty exciting,” she says of the efforts of her homebred gelding. “That is probably the fastest he has ever had to go. I thought it started out a bit soft but was beefy in the middle and was certainly the toughest course he has ever jumped. I enjoy riding him cross country – he gives you a good feel.”

She was sitting in second place aboard Pioneer Kokomiko but a couple of cheeky stops saw them slip down the leaderboard. Moving up a slot into second place after the cross country was Kirsity Bale (Whangarei) and Kelaray Gifted who sit on 30 with Jessica Woods (Ohaupo) and LV No Doubts in third on 30.2.

Ashleigh is looking forward to the showjumping but says given it is Ice Monkey’s first long format event, he’s probably never been so tired. “He always wants to be careful though!”

Anne-Marie Styles and Get Go have maintained their lead in the Penny Homes CCN95-L Open after going clear and inside time in the cross country to remain on their dressage score of 27.5.

Holding on to their overnight spots are Brea Walker (Auckland) aboard SF Gryphon in second on 27.9 and Sarah Saint Merat (Whangarei) with Balliamo in third on 28.9.

Twenty-three of the 24 combinations completed the cross country today with nearly all clear jumping, but nine picking up time faults.

Anne-Marie is also in fourth place on LV Imprint. “I found the time achievable for both because I had two really nice balanced easy rides. The twisting and turning didn’t slow us down too much. They both felt really on the job and rideable, so it made my job very easy.”

Anne-Marie said the Clive Long and Campbell Draper designed course had been well thought out, well designed and beautifully presented. “It definitely had some questions that you had to think about but overall it was a real confidence boosting course.”

Fifteen-year-old Sinead Gordon (Waipu) and I Told You So are still at the front of the Oranoa Sport Horses CCN95-L Restricted class after keeping their slate clean on the cross country to remain on 28.5.

“He was very keen to be out,” says Sinead. “We found it challenging but he tried so hard. It really made me think through the trees because it was twisty and you had to know your way. I am just super proud because he tried really hard for me.”

They’re now looking towards tomorrow’s showjumping. “We have had heaps of fun here and he’s been great.”

Rosa Wilkinson (Whangarei) and Kabo Pongo moved up to second on 29.8 with Lana Korsten (Tokoroa) aboard Battle Front in third on 31.6. All 28 combinations completed the cross country today.