Action A-Plenty at NZ3DE in Taupo 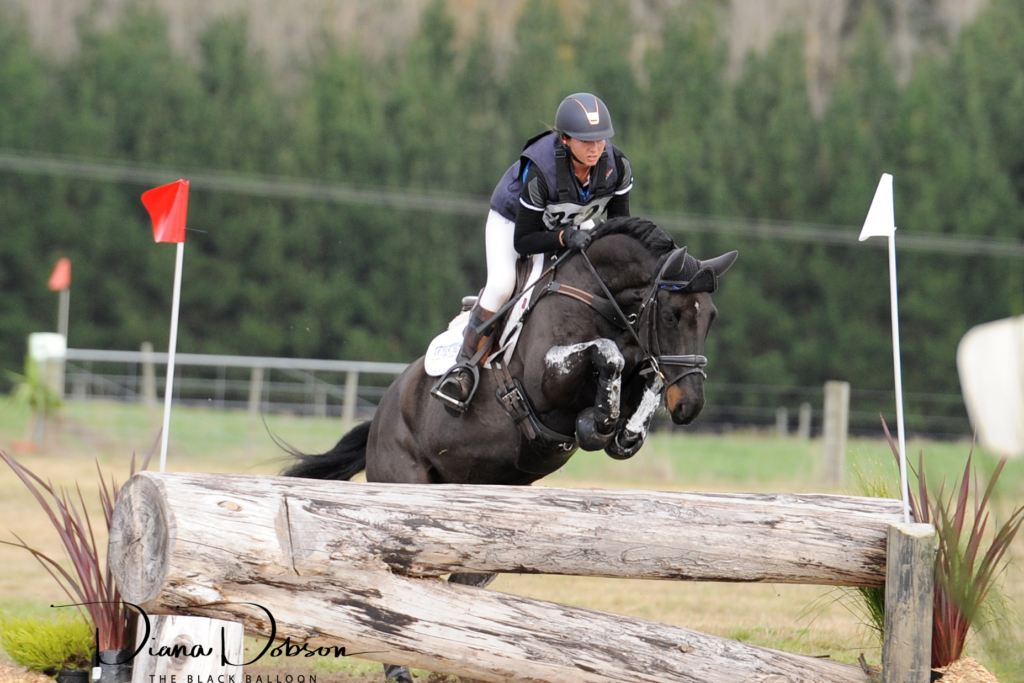 The Matangi combination remain on their dressage score of 30 penalty points after a brilliant round over a very challenging Chris Ross-designed course. Defending champ Amanda Pottinger (Havelock North) and Just Kidding sit in second on their 32.8 dressage score and Australian visitor Madeline Wilson aboard I’m Bruce in third on 37.8.

Madison, who is the head girl at Olympian Clarke Johnstone’s stable, was over the moon to be leading the field after the cross country. “It was a really tough day,” she said. “I am just thrilled for her (Waitangi Pinterest). She is such a special little mare.”

Twenty-five-year-old Madison has had the 10-year-old for almost three years and says much of the credit for their efforts this season are down to Clarke. “Clarke is so involved. He believes in my vision and is a massive part of this. Our results this season speak for themselves.”

The testing of the new Olympic format is the hot topic of conversation around the grounds and everyone is interested to see how the Oceania Teams’ Championship will pan out tomorrow when chefs declare their final starting lists for the showjumping.

Australian chef d’equipe Stuart Tinney said to have the opportunity to test the new format is huge. “We’re all finding out lots of alternatives and things that can happen, so this has been a huge success in that aspect,” he said. The cross country had certainly been tough I places but he felt all his riders had stepped up and jumped well.

New Zealand chefs Penny Castle and Jock Paget were also very pleased with the efforts of their riders. “The cross country was a really good championship 4* track,” said Penny. “This is exactly what it should be like.”

Jock heaped praise on  Madison and Amanda. “Having lost our first rider for NZ Black, it was good for Maddy and Amanda to go out and both come home clear and inside time. They rode competitively and pulled it off. They were the only two (Oceania riders) who made the time and they did it under immense pressure. There will be massive learnings to come out of this around the new format.”

Seven CCI4*-L combinations parted company including overnight leader Amanda Ross aboard Dicavelli Diesel, but both horses and riders were all fine.

Australia’s young riders are also leading the trans-Tasman clash, 78.7 penalty points of the hosts. Defending NRM CCI3*-L champ Samantha Lissington and Ricker Ridge Sooty GNZ have retained their lead in the class and remain on their dressage score of 28.7.

She was hugely disappointed to part company with Ricker Ridge Rui but felt Sooty had “saved the day”. “Escada did a great job of getting me in the right place to go back out and jump a fantastic round on Sooty.”

Competition was delayed this morning as a pea soup fog enveloped the National Equestrian Centre, with the day eventually clearing with near perfect conditions. Tomorrow is the final day of competition, with the all-important showjumping.