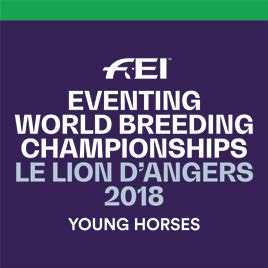 Jonelle Price and Jesse Campbell will be New Zealand’s sole representatives at Mondial du Lion – the world breeding eventing championships for young horses being held in France this week.

Both will compete in the CCI2* for seven-year-olds which has attracted 65 riders aboard 69 horses from 16 countries.

Jesse is entered on Gambesie, a warmblood gelding by Zambesi, out of Verrona (by Harcos) who was formerly competed by Jonty Evans (IRE). Jesse and Gambesie finished fourth in September in the CCI1* at Ballindenisk and 11th in the CIC2* at Gatcombe Park.

World number four Jonelle and Hester first competed internationally in early 2017. Husband Tim has had one start aboard the grey Hanoverian mare but otherwise she has been Jonelle’s mount. In July they won the CCI2* at Cappoquin. Hester is by Heinrich Heine, out of Blue Anna (by Blue Henry).

Last year Jesse finished fourth in the CCI1* six-year-old class aboard I Spye and in 2016 Jonelle was third in the CCI2* seven-year-old class on Cooley Showtime. A number of other Kiwi riders have done very well at the event in the past.

The event gets underway with the dressage on Thursday and Friday, followed by the cross country on Saturday and winds up with the showjumping on Sunday.