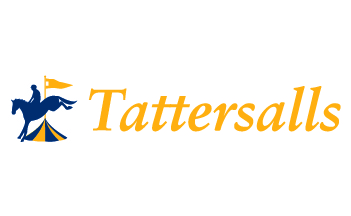 New Zealand eventers are holding their own at the Tattersalls International Horse Trials in Ireland.

James Avery and Vitali are still just a smidgen ahead of the competition in the Eventing Ireland CCI2* at the end of the cross country. The two came home clear and inside time to remain on 27.3 penalty points, with Piggy French (GBR) and Cooley Monsoon moving into second on 27.4. Tim Price and Falco, who were in second spot, had faults on the cross country to finish the day on 56.2 penalty points.

Jonelle Price and Faerie Dianimo left all the showjumping rails in place to move up to sixth in the George Mernagh Memorial CIC3*. The Kiwi combination sit on 28.3 penalty points, with leader Emma McNab (AUS) and Fernhill Tabasco on 21.9. Overnight leader James Avery withdrew Zazu before the showjumping opting to save him for another day.

Just out of the top 10 is Lucy Jackson and Willy Do who added just two time penalties to sit in 11th on 32.5, with Blyth Tait and Havana adding four to sit in 13th place on 33. Jonelle Price and Kindred Spirit II also added four to finish the day on 38.6 in 21st position.

In The Irish Field CCI3*, 10.4 time penalties proved costly for Tim Price and Cekatinka who have slipped from third spot to 14th on 37.8. Dan Jocelyn and Grovine de Reve also added time faults but moved up to 22nd on the leader board with their 45.3 penalty point effort. Blyth Tait and Leo Distinction’s 10.4 time penalties say them also shuffle up the leaderboard to 25th on 46.6.

There were six retirements on the cross country, including Tim Price and Up in the Air. Lucy Jackson and Superstition were eliminated and Tait withdrew Dassett Courage before the cross country.

Overnight leader Don Alex Hua Tian (CHINA) and Don Geniro was one of those who retired on the cross country, opening the door to Ludwig Svennerstall (SWE) and El Kazir SP who moved up a place to claim the lead on 25.5. Thirty-four combinations remain in contention.

It’s been a big day of competition at Tatts with more than 13,000 spectators flocking to the event to watch the action over the Ian Stark-designed cross country course. The event saw the largest movement of competition horses to cross the Irish Sea in one day, with two ferries sailing from the UK to Dublin Port moving 64 lorries carrying 120 horses.