Inspiration Drawn from a Busy Year 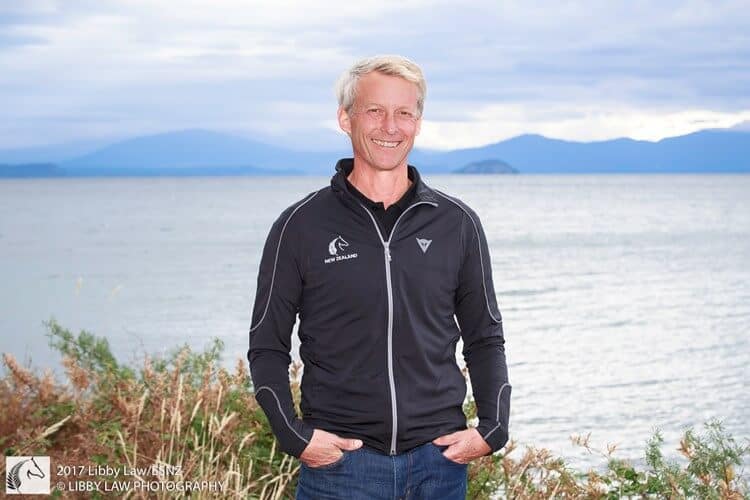 A year into his job as ESNZ high performance eventing manager, Graeme Thom feels comfortable with how the team is developing and confident with his plans for the coming year.

It’s been a big first year in the job – he was appointed in January but felt he should step back in April when an old back injury flared up, however with a few ‘adjustments’ he was soon right back on track.

He’s clocked up a fair few air miles from his base in Canada, to New Zealand, Europe and Australia.

“Like all working relationships, it takes time,” says Thom, “but I feel things are going well. I purposely approached the dynamics slowly and feel that by the end of the season the riders were comfortable with me.”

And he’s learnt a few things along the way too. “Certainly my respect and admiration for the athletes, their owners and the support team is extremely high.”

By year’s end there were three Kiwis in the top 10 world rankings – Tim Price at two, Andrew Nicholson at five and Sir Mark Todd at 10. “This year’s individual successes are certainly not anything I would presume to take credit for. I was fortunate to join a nation with some of the best riders in the world.”

The CCI4* competitions went pretty well too, with 11 top 10 finishes, including wins to Clarke Johnstone at Adelaide and Nicholson at Badminton. But Thom has drawn his inspiration from the efforts at other “team” events, citing Boekelo as his stand-out.

“Aachen generated an honest discussion that we hashed out and acted upon,” he says. “It brought us together with a thorough and executable strategy for Boekelo that paid off with team gold. This positive is something we all wish to take forward to 2018.”

Now it is all eyes on WEG.

“I think we are tracking very well,” he says. “We have a very defined schedule and plans are well in place to contribute – as the budget allows – to first class support for our athletes, their owners and horses. High Performance Sport New Zealand is a fantastic partner and our programme would not exist without them. The team at ESNZ headquarters has been hugely supportive and made my transition comfortable.”

The training programmes are set, with plenty of support from coaches and an “exemplary” integrated support group.

“In the end, the programme is designed to produce competitive and sound combinations in September,” he says. “I don’t wish to jinx things but I feel we are medal-worthy but I won’t be going so far to predict which colour.”

The latest squad announcement has also buoyed him.

“The December squad lists show new names from New Zealand and we are all confident their commitment will see them get to the top. That said, we constantly review the group and enforce that everyone must be able to match or surpass the successes of those before them.”

Spending plenty of time on planes has turned Thom into a very sharp-eyed film critic, but fittingly it is a Kiwi movie that gets the big thumbs up.

“Transcontinental flying provides a number of movie opportunities,” he says. “I highly recommend the documentary McLaren which is yet another inspirational testimony to New Zealand personal fortitude and sporting success.” and highlighting a culture Thom is very much a part of.