ESNZ Breeding Project brought to you in association with Massey University 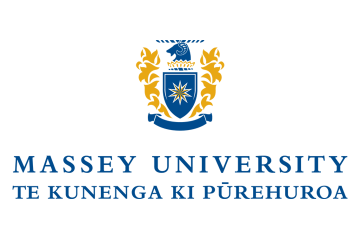 News items about NZ breeding, results and much more…

Sign up for our periodic newsletter for the latest NZ Sport Horse breeding news and rankings. Equestrian Sports New Zealand and Massey University have initiated a programme to improve the quality and supply of sport horses in New Zealand.

This initiative aims to bring New Zealand’s sport horse breeding in line with best practice world standards. Greater depth and integrity of horse pedigree data combined with results on one platform will provide a complete pedigree and performance package for potential buyers including the export market.

The New Zealand sport horse industry has only a few large scale commercial breeders, with the smaller hobby breeders being the most numerous. Compounding this, sport horse breeding is fragmented with an estimated 30 different breed organisations providing variable levels of support and registration for breeders.

The New Zealand sport horse industry is estimated to have a contribution to New Zealand’s GDP of an equivalent value of the racing industries (~$NZ1.1Billon).  However, as an industry many aspects of equestrian sport lack both vertical and horizontal integration. At present the lack of vertical integration, from breeding to sport, limits identification of suitable breeding products and limits the flow of product into sport and onto the export market.

The lack of centralised recording of non-racing horses also provides a significant biosecurity risk for the industry, as control measures cannot be implemented based on reliable metrics. One of the aims of the programme is to calculate breeding values (BVs) by integrating pedigree and performance on the ESNZ database. Breeding values can guide breeders in their breeding choices to reduce wastage and improve the quality of sport horses bred here. BVs will contribute to increased domestic and international consumer confidence in the New Zealand sport horse. And that results in a more robust and financially secure market for breeders and producers.

The integration of pedigree and performance will help market young horses and horses not yet competing internationally because their family performance records will be clearly visible and identified within the database. Detailed examination of the 5-year-old horses from just the 2021-22 season revealed that 96 horses started in the series classes, of which 66 horses obtained points (68% of starters).  While the dataset is relatively small and so some caution should be used with generalisations it does provide an indication of performance at this age series level compared to data from some of the European nations which have much larger equestrian populations.  The metrics describe young horses learning their trade as showjumpers.  These horses started in an age series class on average 5 times during the season.  The average clear rate [(Clear rounds for a horse / total starts for a horse)] was 32% for all of the starters in the series.  When examining only the horses that obtained, points the average clear rate was 46% (effectively a clear round every 2nd start).  Some notable horses that had clear rates greater than 70% were, Classified II (88%), Double J Odin (80%), Corvette ECPH (75%) & Riverhills Legend (70%), (NB: all four horses had at least eight starts).

The following represents the sires rankings based on horses that jumped clear rounds (and therefore obtained points) in the 5- and 6-year-old age series show jumping classes.

Over the last three seasons there were 351 horses that obtained points in the 5- and 6-year -old show jumping series.  These horses were sired by 114 different sires.  Almost half the sires recorded had only one progeny that obtained points (n=52 sires) and 31 sires only had two progeny representing them.  The most popular sires were Cassiano (28 progeny), Euro sport Centavos (27 progeny), Corofino 11 (22 progeny), Cartel GNZ (14 progeny) and Kannan (13 progeny). .

The six-year olds had an average of 3.6 point scoring starts per horse per season (range 1 to 14).

A big thank you to Massey University for providing these valuable insights. In the medium term, integration of international FEI data with New Zealand data will help identify New Zealand-bred horses competing internationally and not currently linked to their country of origin. New Zealand will look to emulate the major European sport horse producing nations and their age series class finals (e.g. the Bundeschampionate in Germany, Fontainebleau in France, or Millstreet finals in Ireland) which provide a shop window for the breeder. These competitions encourage the development of professional/semi-professional riders focusing on producing young horses for these competitions and subsequent sale. These competitions also provide opportunities for young riders to develop their trade in preparation for international sport.

Increased capability in riders and identification of top sport horsepower should be reflected in greater success on the international stage. In turn, this should increase the participation base in equestrian sport as success by the national team has been demonstrated as being one of the major drivers of enthusiasm and participation in equestrian sport.