The Youth Olympics will be a great experience for young athletes by offering not only international competition experience at a major event, but a taste of culture and education in the beautiful city of Buenos Aires.

The Jumping athletes compete in the Individual competition and the Team competition with teams being made up of athletes within each FEI region.

NZ has a strong legacy of success at the Youth Olympics with Emily Fraser winning the Gold in 2014 in Nanjing, China and Jake Lambert winning a silver Team medal in Singapore in 2010. 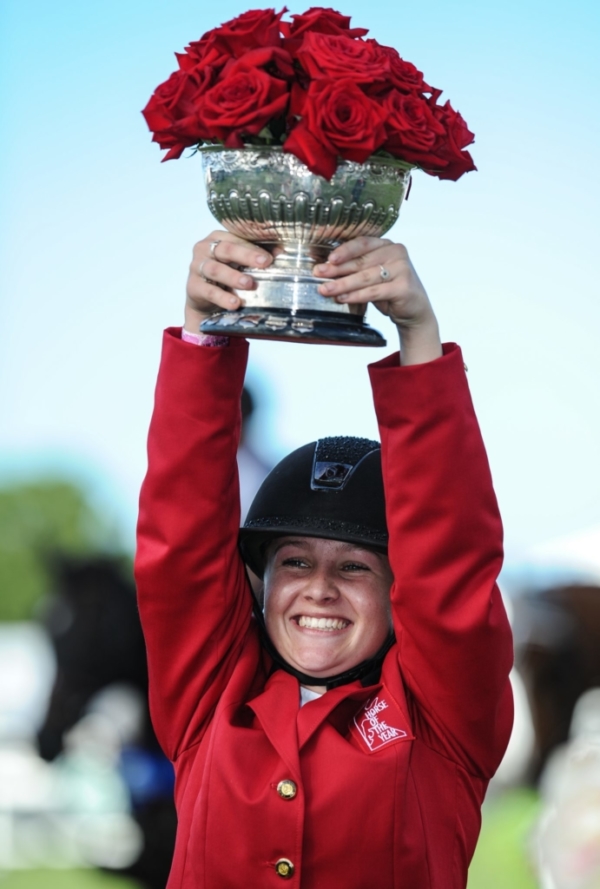 ESNZ Jumping is pleased to announce that Briar Burnett-Grant has been selected for the 2018 Youth Olympic Games (YOG) in Buenos Aires, Argentina in October.

New Zealand is one of 25 nations from around the world who have qualified for a place at YOG in equestrian. Jumping competitions are the sole discipline representing equestrian and one of the 32 sports on the programme at this third edition of the summer Youth Olympic Games, which are held every four years.

Burnett-Grant, a 17-year-old from Taupo, won the prestigious Horse of the Year Olympic Cup in March 2018, and is no stranger to representing New Zealand having won an individual gold at the Future Star Youth Competition in China in 2015 and an individual bronze in Korea. As the youngest at the Children’s FEI competition in Mexico she placed fifth out of 36, and has also been on trans Tasman young rider teams.

New Zealand has a strong legacy of success at the Youth Olympics with Emily Fraser winning the Gold in 2014 in Nanjing, China and Jake Lambert winning a silver Team medal in Singapore in 2010.

“Ever since Emily went I have wanted to do this,” says Burnett-Grant, who will compete on borrowed horses at the event.

While that may get some riders’ tummies doing flips, it won’t be the case for this one.

In preparation for the Youth Olympic Games Burnett-Grant says she will be riding her younger horses more and probably bring her team in earlier.

New Zealand riders who wanted to be considered for selection had to compete in the FEI World Jumping Challenge last year as well as post good results throughout the 2017-2018 season. Briar Burnett-Grant was selected from a shortlist which included Leeshelle Small, Matt Irvine and Steffi Whittaker.

The Youth Olympic Games are the world’s largest multi-sport event for high performance youth athletes and embraces the Olympic values of respect, friendship and excellence. It is for athletes between 14-18 and held every four years with an alternate two year drop of winter and summer games.

There will be 32 sports represented at Buenos Aires, with sports climbing, karate, breaking (a form of dance sports) and inline speed skating on début. Squash and Polo will be showcase sports this year.