Horse of the Year Trophies

Horse of the Year Trophies and Title holders Maurice Beatson has won the cup five times over a thirty year time period, his first win came in 1983 on Nationwide and his latest win came in 2013 on My Gollywog.

John Cottle has six titles to his name and is the most prolific winner of the Olympic cup to date. Maurice Beatson (with 5 wins) and Katie McVean (with 5 wins) are hot on his heels.

In 2013 carrots were added to the cup during presentation as the horses would always try to eat the fresh roses in the cup. Only five horses have won the cup twice these being Dunstan Springfield, Big Red, Gospel, Ho and Windrider May Day. Donated in 2014 by the Gadsby family to be presented to the winner of the Premier Stakes at Horse of the Year.

The Gadsby trophy was donated in memory of Tom Gadsby. Tom was a rising Eventing and Show Jumping star whose life was tragically cut short after a fall during a cross country event in the United Kingdom, August 2013.

Vicki Wilson and Showtym Cadet MVNZ were the inaugural winners of the trophy. The most successful lady rider has been Katie Laurie (nee McVean) who has won this title five times although on different horses. For NZ Young Rider of the Year

Previously presented to the Junior Rider of the Year

The Big Red cup is named after A.D “Joe” Yorke’s successful Show Jumping horse Big Red. Big Red won many trophies including the Olympic cup, Pilmer Plate, Rutherford Cup and the Norwood Gold cup along with many more. The horse had a heart of gold competing in the 1976 Montreal Olympics with a damaged Splint bone (which was discovered after the event). Donated by John and Jackie Cottle. Three ponies have won the Sommerset Trophy with multiple riders, Millbrook with Briar Burnett-Grant in 2013 and Anthea Crothers in 2006, Solitaire with T.McIntosh (1967) and Miss.S.Thompson (1977) and Kizzy with Miss.D.Mitchell (1992) and with Mark Brooks (1998)

Daniel Webb and Misty Morn are the most successful winning combination, having won three successive years (1983-1985). For the Pony Area Team Event at Horse of the Year Presented for Speed Championship at Horse of the Year

From 1991 onwards presented for Speed Championship at Horse of the Year.

The only combinations to win the House of Blackmore cup twice (when presented as the speed championship) are Megan Stacey on Shimmer Man (2010 and 2012) & Nicole White on Cricklewood Ace (2014 and 2015). 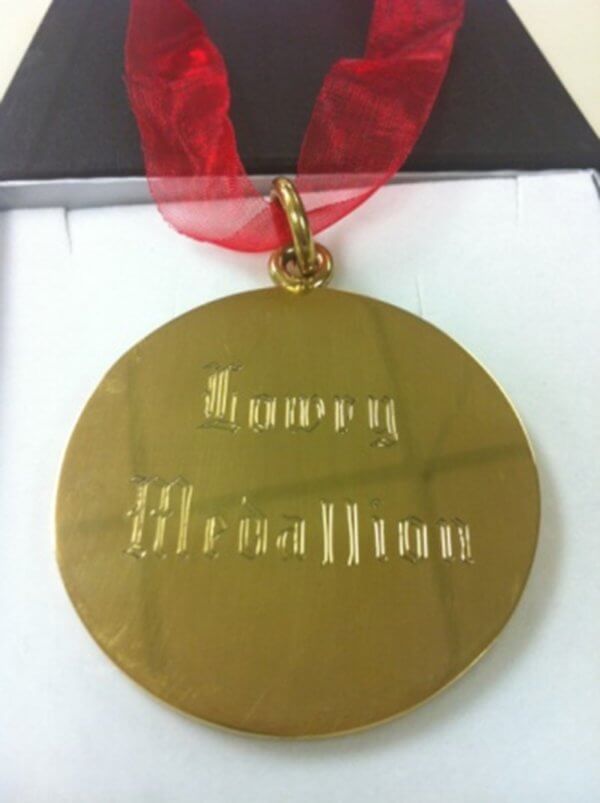 For the Rider of the Year (presented at Horse of the Year). Most points accrued.

First awarded as the Presidents Spurs Trophy by W R Duncan then as the Lowry Medallion in 1962.

Merran Hain has won the medallion a staggering nine times! She enjoyed a golden run of six on the trot (1981- 1986). The Nationwide Cup is named after one of Maurice Beatsons’ horses which won the Olympic Cup in 1983 and 1984. Nationwide was an interesting horse – formerly owned by the Hansen brothers. Folklore has it show director Kevin Hansen was dropped three times at the Taihape Show by this rather headstrong horse and came out of the ring offering him for sale to almost anyone who was handy.

Donated by the Coutts Family