Horse of the Year Trophies Grand Prix Freestyle Competition at the Horse of the Year Show

Bill Noble is the most prolific winner of the Rigoletto Trophy having won it on five occasions. 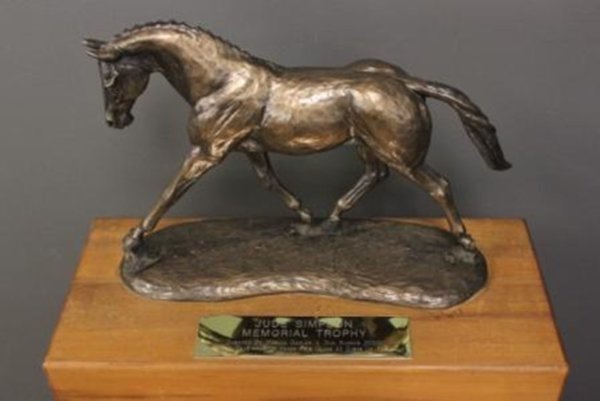 Presented for Grand Prix Competition at the  Horse of the Year

Judith Simpson’s competition days in dressage were limited but her contribution to the sport was huge. Her knowledge was second to none and had a fantastic eye for horses. She was the Chef d’Equipe for the first dressage team that went to Australia where they won the inaugural Trans Tasman Trophy and went on to accompany teams to WEG and individuals to Olympic Games. On all these occasions her knowledge and diplomacy were invaluable. Some would say Judith was the first ‘steward’ they had at shows, before stewarding was formalized. Presented for Advanced Dressage Horse of the Year

Donated by the Dressage Discipline.

1992 is the only year the Advanced Plate hasn’t been won outright. It was shared by Miss C Kent on Playskool and Miss W Hunt on Fritz. Presented to the Dressage Young Rider of the Year Presented for Level Two Dressage Horse of the Year

Donated by Julian and Elisabeth Aaron as a tribute to their mare “Auf Wiedersehen” which won this Horse of the Year title and the National Level 2 Championship.