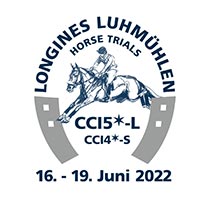 Three CCI5*-L debutants and well-seasoned vet head to Luhmuhlen this week where hopes are high, history will be on their sides. Previous Luhmuhlen winners Tim and Jonelle Price have three horses between them, with Hollie Swain entered on Solo. World no.6 Jonelle has her stellar 17-year-old grey mare on the card. The Brit-bred mare was her Rio Olympic Games mount, and together they won Luhmuhlen in 2018 and were second in 2015. They were recently seventh in the 4*-S at Millstreet in June. World no.10 Tim has twice won the 5* at Luhmuhlen and is entered this time on debutants Vitali and Spartaco. Italian sport horse Spartaco has three times been in the top 10 of 4*-S classes, in Italy, Ireland and Poland. It’s a full court press from the Price family heading to Luhmuhlen with two children, one dog, two grooms, one mother-in-law and three horses en route. “It’s always a fun week though,” says Tim, “especially if the weather is good and the forecast looks sunny for the next week, so that’s good!”

Both Spartaco and Vitali are first-timers at 5* level but head to the event well prepared and ready to go. “Luhmuhlen is a good entry into 5*, especially for horses like these guys,” says Tim. “I am looking forward to three good phases with both. Hopefully we will get close to the time on the cross country and as close as possible to half decent dressage scores . . . that would be my hope.” He said it was a good feeling to be heading back to an event both he and Jonelle had been successful at before. “It brings with it some confidence and a wee bit of notoriety too with the organisers. It is nice to come back to some people who you have shared special memories with on other occasions. We are both looking forward to all those things this week and hopefully that breeds success,” he said.

Hollie and her 13-year-old Danish warmblood gelding are also having their first 5* start and head to Germany with three 4*-S starts this year, and a handful of 4*-Ls last year
Mike Etherington-Smith is the cross country designer with Marco Behrens tasked with the showjumping courses. The first horse inspection is on Wednesday (June 15) followed by two days of dressage, cross country on Saturday and the showjumping on Sunday afternoon. New Zealand has a strong history at Luhmuhlen with Sir Mark Todd the first Kiwi to win there in 1986 aboard the mighty Charisma, and while it wasn’t a 5* back then, it was still a prestigious event to win. Blyth Tait and Aspyring added their name to the CCI3* (now 4*) trophy in 1997, with Andrew Nicholson and Mr Cruise Control winning the 5* in 2013, Tim and Wesko in 2014, Jonelle and Faerie Dianimo in 2018, and Tim aboard Ascona M in 2019.
Organisers are excited to be welcoming spectators back to the event this year. The pandemic meant the event was cancelled in 2020 and last year ran without spectators.