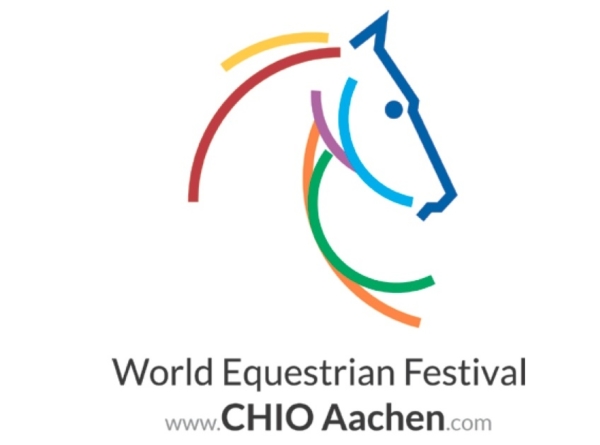 New Zealand is covering the disciplines at CHIO Aachen with eventing, dressage and jumping all represented.

Eventers Tim and Jonelle Price, Jesse Campbell and Clarke Johnstone will compete in the CCIO4*-S, including the prestigious teams’ event, while Melissa Galloway is lining up in the CDI4* dressage, and young gun Dylan Bibby is wearing the silver fern in the FEI Youth Equestrian Games.

Much of the action including for the Kiwis starts on Wednesday. Melissa Galloway and Windermere J’Obei W will line up in a star-stacked CDI4* Grand Prix where, all things going well, will see them progress to Friday’s Grand Prix Special. “I am very excited to ride at Aachen,” said Melissa. “It is one of the most prestigious shows in the world and I know how many riders dream of riding there. It is such an honour and I am really so grateful for this opportunity.” Joey is in good fettle and Melissa says the two can’t wait to ride into the main arena. “We will be doing the absolute best we can. It will definitely be a ‘pinch me’ moment riding there and it is going to be even more special as my parents are coming up to watch me ride in the lead up to the World Champs.”

Also underway on Wednesday is the first round of the team competition for Dylan Bibby. The teen from Onga Onga has drawn a lovely-looking horse in Chasseur Ask Z and the two have had a promising few days of getting to know each other. Dylan will ride as both an individual and in team Australasia. The Youth Equestrian Games are being held at Aachen due to the postponement of the Youth Olympic Games which will now be held in 2026. “I’ve had a good build-up,” said Dylan. “Before coming to Aachen I was at a stable where I was lucky enough to ride three to five horses each day. It was great. I am very excited to be here.”
There are 30 teens from all over the world taking part in the Games.

Clarke Johnstone aboard Leopard’s Action, Jesse Campbell on Gambesie, Jonelle Price with Killbunny Andy, and Tim Price saddles up Falco in the CCIO4*-S eventing where they will go head to head with riders from 12 other nations all chasing top honours.

Clarke is particularly excited to be heading back to Aachen where in 2018 the team won the prestigious team’s event. “It was a great thrill and a career highlight for me,” said Clarke. “Hopefully we can achieve another good result this time. Leopard’s Action is a relatively new ride for me and we have had just one start at 4* level together.” That said, Clarke is confident they are more than up for the challenge. “Aachen will be his biggest test so far but he is a scopey and brave jumper, and we are getting to know each other more all the time so I am hoping we can put together a good performance.”

The winning team from 2018 comprised Clarke, Tim, Blyth Tait and Sir Mark Todd, with Tim also placing third individual aboard Cekatinka. In 2019 the team was second and Tim fourth with Wesko. Last year the team finished fourth, with Tim and Falco sixth individually.

Aachen is considered second only to the World Championships and the Olympic Games. The opening weekend attracted 41,500 visitors.

THE TIMETABLE:
• Dressage – the CDI4* Grand Prix is on Wednesday afternoon with the Grand Prix Special on Friday afternoon.
• The Youth Equestrian Games start on Wednesday with the first round of the team competition, followed by round two on Thursday and the individual final on Saturday.
• CCIO4*-S eventing starts with the dressage on Friday morning, followed by the showjumping test that evening and the cross country on Saturday.