Riders Amped to be Back at Badminton 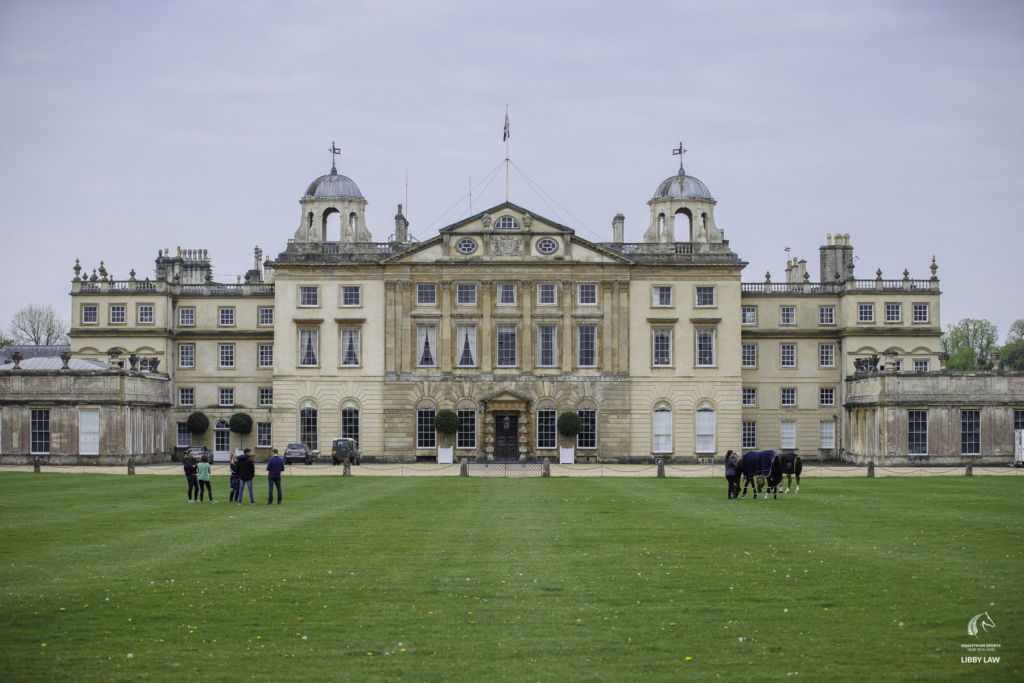 It’s Badminton Horse Trials time and after a two year hiatus – thanks to COVID – the event is back with a star-studded line-up of the world’s best keen to triumph one of the most sought-after CCI5*-L crowns on the calendar.New Zealand eventers Tim and Jonelle Price, Bundy Philpott, Amanda Pottinger and newly minted Kiwi Lauren Innes are all on the start list.

Piggy French (GBR) is in on her 2019 winner, with world no.1 Oliver Townend (GBR) entered on a string of top horses. But the Kiwis have a solid history at Badminton and world no.2 Jonelle Price, who won in 2018 aboard Classic Moet, and world no.3 Tim Price will be looking to add to their trophy cabinet. Jonelle is in on 19-year-old Classic Moet who as well as having won Badminton (2018) has placed third at Burghley (2016), top 10 at Kentucky and Maryland, and fourth at the 2014 World Champs in Caen. Jonelle, who has had five completions at Badminton, sadly had to withdraw Grovine de Reve due to injury.

Tim, who has seven times completed the event, has his stalwart campaigner Ringwood Sky Boy on the card. The 19-year-old gelding is a previous winner at Burghley, competed at the 2016 Olympic Games in Brazil, and no stranger to Badminton.

“The plan was for Sky Boy to be the understudy. He is at the end of his career and an old boy, and I just need to feel him out and take it one step at a time really. But all that said and done, he is feeling fantastic. He is feeling better than ever. He is very fit and strong and healthy, sound and well, so I am looking forward to getting to Badminton with him.” The combination were very experienced and Tim said it meant quite a relaxed approach to the event. “Everything is a bonus, so it is about having some fun with my old friend for the week and everything that we will see we have possibly seen before so we will try to make full advantage of all that experience.”

Tim had focussed a lot on Sky Boy’s showjumping phase in the build-up to the event. “He is feeling good and I am excited to get back to Badminton after a couple of years sabbatical.”
He was to have started Xavier Faer but had to withdraw. “Really disappointed to have Xavier Faer have a very untimely little injury,” said Tim. “He has been in great form, coming off the back of three top three placings at 5* so he was ready for a good one again.” The Prices Tokyo (reserve) team mate Bundy Philpott has not long been in the UK with 16-year-old Tresca NZPH but previously started at both Badminton and Burghley with Fig Jam in 2006 and 2007.

Amanda Pottinger is following in the footsteps of her Olympic silver medal winning mum Tinks who has placed fourth at both Badminton and Burghley. Amanda will start aboard her 16-year-old New Zealand thoroughbred Just Kidding, on whom she has finished second and fourth on in the 5* at Adelaide in 2018 and 2019.

Lauren Innes is the newcomer to the team having only recently switched her Brit passport for a Kiwi one. Her father is a Kiwi and her mum Scottish, and she grew up in the South of England. The fulltime accountant will start 12-year-old Global Fision M – Flipper to his mates – in their first 5* start together. Caroline Powell’s Lenamore is one of just a select four who have completed Badminton seven times. Andrew with both Nereo and Amarda have completed it five times. Lucinda Green (Prior-Palmer) has the most wins with six to her credit.

Badminton is part of the Rolex Grand Slam of eventing which also includes Kentucky and Burghley. This year’s cross country course has been designed by Eric Winter and is being described as more undulating than previous years. The 2022 edition will run in an anti-clockwise direction – as it traditionally does in an Olympic or World Championship year. “It’s an attacking course and will suit bold horses with scope and agility as there are a lot of big fences which befits a 5* competition,” said Eric. “Badminton has always traditionally been the best preparation for the international championships and this year will be no exception.”

Andrew Nicholson, who has retired from top-level competition, says it is a very fair course. “There are no surprises or blind corners and horses can see what they have to do but it is big, intense and will take a bit of jumping,” he says. “It is a case of proper, old-fashioned sitting down and riding, and riders will have to be at their best.”

The event gets underway on Thursday (May 5) with two days of dressage, followed by the cross country on Saturday and the showjumping on Sunday.