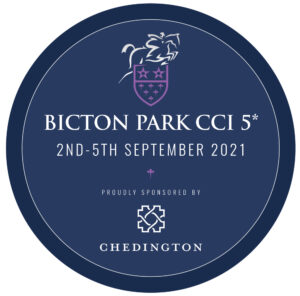 New Zealand eventers are lining up to contest the UK’s newest CCI5* event, which has been introduced to fill a much-needed gap at the top end of competition.

Tim Price and his stalwart Ringwood Sky Boy and James Avery aboard Mr Sneezy are in the 38-strong field for the Chedington Bicton Park CCI5* which has been introduced to meet demand for a 5* competition after the unprecedented cancellations of both Badminton and Burghley due to the COVID pandemic.

World no.2 Tim Price said they were excited to have an “alternative to no 5* in the UK”.
“They have done a great job putting this together and jumping through the hoops for the governing bodies,” he said. “And they also have a really fun and exciting way in which dispersing prize money.” There is £40,000 for the winner but have also introduced a new way to gather revenue. Additional prize money will also come from a new pay per view livestream – a global first for equestrian sport from Elite Eventing TV. The Elite Eventing premium prize fund would be shared between the top 10 placed riders and owners and is funded exclusively from the sales of the Bicton Live Stream Weekend Pass.

“We really encourage everyone to subscribe and watch the week’s action,” said Tim. “To break even they need 5000 views but they are hoping for more. Anything over and above that break even they will share with the prize money pool. It is setting a new standard in how competitors get rewarded with prize money so that hopefully other top events will consider doing this as well. So the more who come through the gates or watch online, the more they will pass on to the rider – that’s been a big issue in the past when you have 120,000 people going to an event and only a meagre percentage of those earnings goes into prize money.”

The initiative is being produced and broadcast by the team who launched Event Rider Masters, with director and founder Sarah Skillin saying that will certainly mean “expect bells and whistles and more”.

“The aim is to deliver a broadcast product that the sport deserves and can be proud of,” she says. She’s hopeful riders will be behind it all. “The more they put in, helping to promote the sport and coverage, the more they are likely to get out of it. 15,000 Weekend Passes would generate £75,000 in additional prize money. When you look at the following that each of the riders has, if even 10% of their followers/fans purchased a pass that target would be easily exceeded.” Tim was very much looking forward to the new event with his 18-year-old Burghley winner and Rio Olympic horse, Ringwood Sky Boy. “The course sounds like it will be challenging enough. We don’t expect anything to be a true Burghley replacement but I am looking forward to having a nice experienced 5* horse there and a proper chance at that,” said Tim. James Avery and Mr Sneezy are amped and ready to go at the new event. “I am excited to have a 5* to aim for,” said the 29-year-old. “I had been hoping for Badminton or Burghley over the past two years but thanks to COVID it hasn’t happened.”

James said with the 13-year-old horse fit and ready, it made sense to re-route to Bicton. “It would have been a long wait for him until Pau. It is also great for his owners to have a 5* to attend and watch their horse go. I am not entirely sure what to expect other than with Captain Mark Phillips building, it will be big bold and exciting.”

Bicton will be the UK’s only 5* for the season. The new cross country track has been designed by Captain Mark Phillips and built by Adrian Ditcham.