All Eyes to Adelaide for Final CCI5*-L 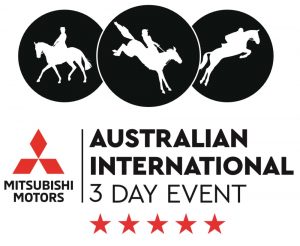 Leading the charge is Amanda Pottinger (Havelock North) and her 13-year-old bay gelding Just Kidding who last year were second in the CCI5*-L event as well as this year winning the CCI4*-S at the Horse of the Year Show and placing second at the National Three Day in Taupo. They also recently won the CCN3*-S at Arran Station Spring Horse Trials in Hawke’s Bay.

“The aim this year (at Adelaide) is to improve in all three phases and if we do that and end up with a ribbon, that’s a bonus,” says Amanda. “With Ferg (Just Kidding) now having another year of experience under his belt pushing for those more competitive scores, he should go back a more mature and seasoned horse . . . here’s hoping anyway.”

Bundy Philpott (Cambridge) and 13-year-old bay gelding Tresca NZPH are also looking for improvement. They were most impressive in the cross country last year until an unfortunate hiccup towards the end. “I am really grateful to have the opportunity to take him back and have another go at a 5* on such a generous horse,” says Bundy, who wants to “right a few rider mistakes from last year”.

Diane Gilder (Auckland) and her 15-year-old Australian thoroughbred Your Attorney have been to Adelaide before for lower level classes but this is their first shot at the big one. They head to the event in good for having recently won the CCN4*-S at Arran Station Spring Horse Trials in Hawke’s Bay. “All went to plan at Arran Station so we are on track,” says Diane. “I rode in Adelaide in 2010 with a horse called Foreal and in 2011 with Your Attorney both in the 3*. I have always wanted to go back to ride the 5* track and always through Your Attorney would be a horse to do it with.”

However, while things haven’t lined up for the combination in the past it seems 2019 is their year. “He finished last season doing very well and competitive, and has started off this season the same,” says Diane. “I am looking forward to it.”

Australia-based Kiwi Hayley Frielick and Class Action LP round out the New Zealand contingent in the 21-strong CCI5*-L field which includes former Olympians and other top combinations. “I am really looking forward to coming back and having another crack with Class Action LP this year,” says Hayley. “We’ve also got two of the young ones in the CCI3*-L so will be busy enough but I can’t wait to be galloping through the streets of Adelaide.”

New Zealand three day champ Madison Crowe (Matangi) is the only Kiwi in the 17-strong CCI4*-S aboard Waitangi Pinterest. Hayley aboard Dunedin the Brave and Dunedin Black Watch, and Amalia Rowley aboard Mexico II are all on the 47-strong CCI3*-L card.

South Island’s Helen Christie is on the ground jury and Susan Geddes an assistant steward across all three classes. Mike Etherington-Smith (GBR) is the course designer for the CCI5*-L cross country with Sylvia Williams-Roberts doing the CCI4*-S and Michael Pineo (AUS) the CCI3*-L. John Vallance (AUS) is the showjumping course designer across all three classes.
Adelaide plays host to the Southern Hemisphere’s only CCI5*-L, which is one of just six held across the globe, putting it alongside the Kentucky Three Day (US), Badminton (GBR), Luhmuhlen (GER), Burghley (GBR) and Pau (FRA). The event is unique as it is staged in the heart of Adelaide city. It was introduced in 1997 to replace the Gawler Horse Trials but it wasn’t until 2002 that it gained its current ranking, and this year has more than $150,000 in its prize pool.