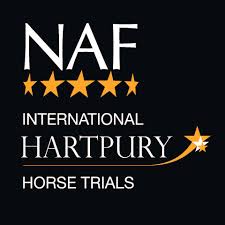 It’s a strong contingent of Kiwi eventers heading to the Hartpury International Horse Trials this weekend.

Leading the way will undoubtedly be world no.1 Tim Price who has both Bango and Ringwood Sky Boy in the 110-strong CCI4*-S class. Thirteen-year-old Bango was second recently in the CCIO4*-S at Cappoquin and has competed at Aachen and across the 5* events at Badminton, Burghley, Luhmuhlen and Kentucky. At 16, Ringwood Sky Boy is a stellar anchor in Tim’s string having won Burghley last year and finished in the top five the previous three years, represented New Zealand at the Rio Olympic Games and also finished top 10 at Badminton.

Looking to make her mark on the UK scene will be Samantha Lissington and the 10-year-old bay gelding Ricker Ridge Rui who were winners of the CCI4*-S at Kihikihi this year. Hartpury will be their first big international start since moving to the UK last month. Samantha has based with Ginny Thompson who has entered her lovely 14-year-old mare Star Nouveau. The combination moved to the UK in 2018 and rode an absolute blinder on the cross country this year.

Dan Jocelyn and Florencina R are the only Kiwi combination in the 54 entries in the CCI3*-L with the 81-strong CCI2*-L attracting Tim Rusbridge on Inception, Jesse Campbell aboard Cooley Lafitte.

The cross country courses at Hartpury have been designed by Eric Winter and are certainly seen as good prep for those heading to Burghley and Blenheim, and consequently all the fields are very strong.

The first horse inspection for the CCI2*-L is on Wednesday with dressage running Thursday and Friday, the cross country Saturday and showjumping Sunday. The CCI3*-L follows a similar format. The CCI4*-S has its dressage on Thursday, showjumping Saturday morning and cross country later in the day.