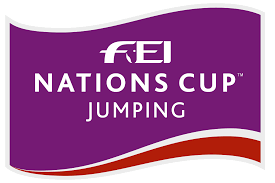 ESNZ has continued with its well-performed squad of five for next week’s FEI Nations Cup jumping event at the CSIO5* in Gijon.

Samantha McIntosh aboard Check In 2, Bruce Goodin on Backatorps Danny V, Daniel Meech on Fine, Richard Gardner aboard Calisto 5 and Tom Tarver on Popeye will all present at the horse inspection before the starting four are named.

The five were all at the recent successful qualifier in The Netherlands for the Tokyo Olympic Games where the starting four were also named after the horse inspection.

The two round competition, with the course designed by Avelino Rodriguez Miravalles, has Euro73,500 in the prize purse. Just the best three rounds from each nation’s four combinations will count towards the final tally to decide the placings. The class is also a chance for riders to gain their Certificate of Capability for the Tokyo Olympic Games.