Camphire Calling for the Kiwis 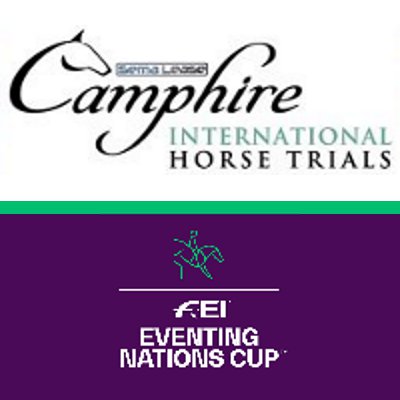 There’s a huge contingent of Kiwis heading to the Sema Lease Camphire International Horse Trials in Ireland this week, including a team to compete in leg four of the FEI Eventing Nations Cup Series.

Jonelle Price and Grovine de Reve are the sole New Zealand entry in the CCI4*-L. It will be the first time the 11-year-old Irish-bred bay gelding, who is relatively new to Team Price, has been to Camphire.

There are five Kiwi combos in the CCIO4*-S Nations Cup class. World no.1 Tim Price has a trio on the card in 13-year-old Bango, eight-year-old Spartaco and eight-year-old mare Senza Fine. The Irish-bred Bango has been with Tim since the beginning of his international career in 2012. The Italian-bred Spartaco has had just a handful of eventing starts including a fourth place at Arville in the CCI3*-S, while Senza Fine, who is also Italian bred joined Tim earlier this year, picking up a fourth at Tattersalls in the CCI3*-L in May.

Sir Mark Todd and his Rio Olympic Games horse Leonidas II will be looking for a good result. The 15-year-old German-bred horse has previously placed fourth at Badminton and sixth at Burghley.

Jonelle Price lines up aboard Grappa Nera, her eight-year-old black Dutch-bred mare who has been competing internationally with her since early 2018.

The New Zealand for the Nations’ Cup will be Sir Mark on Leonidas II, Tim aboard Bango and Jonelle with Grappa Nera. The team will surely be inspired by the recent second-place finish by the Kiwis in the Nations’ Cup at the very prestigious CHIO Aachen in Germany.

Tayla Mason and Centennial are the only Kiwis in the CCI3*-L. They recently completed the CCI3*-S at Barbury and the rider will be keen on a good result in Ireland with her eight-year-old bay gelding.

Two New Zealanders are in the CCI3*-S field. Tim price is in on his Dutch-bred seven-year-old Happy Boy, with James Avery entered with One of a Kind and Aloha. James and the 12 year old One of a Kind are a new partnership and James and 14-year-old Aloha, whose international career was started by Jonelle Price, were recently second at Tattersalls in the CCI3*-L.

Contesting the CCI2*-L is former New Zealand dressage representative Amanda Goldsbury who is now based in Ireland. She will compete aboard Bridie and Boris de Blae with Sir Mark Todd in on Cool Tide. Mark is also competing in the CCI2*-SA on Cool Reign.

Camphire gets underway on Wednesday with the first horse inspection and FEI Nations Cup draw. Dressage runs over Thursday and Friday with cross country on Saturday along with the showjumping for the CCI3*-S and CCI2*-S. Sunday will see those classes complete their cross country with the bulk of the field showjumping.

Paul Brady (IRL) is the course designer across all classes with assistance from his mentor Mike Etherington-Smith (GBR). Anne Waistell is the showjumping course designer. UK-based Kiwi Andrew Bennie is on the ground jury for the CCIO4* and Nations Cup competition while New Zealand high performance eventing selector Judy Bradwell is the president of the ground jury for the CCI3*-L and CCI3*-S.

It is the first time the competition has hosted the Irish leg of the prestigious FEI Eventing Nations Cup. The series runs over seven legs with results from the best six counting towards finding the overall winner. Sweden are currently atop of the leaderboard on 215 points with Italy in second on 210 and Switzerland and The Netherlands tied in third on 200. New Zealand has yet to start in the 2019 series. With 100 points on offer for the winner, there is plenty to play for.