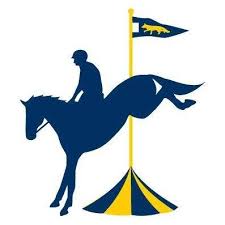 New Zealand will be well represented at the Tattersalls International Horse Trials in Ireland this week with 15 combinations flying the flag high.

Dan Jocelyn and his 10-year-old Irish-bred gelding Blackthorn Cruise are the only Kiwis in the 33-strong The Irish Field CCI4*-L class, while Tim Price and his 11-year-old grey Holsteiner mare Ascona M are the sole entrants in the George Mernagh Memorial CCI4*-S which has attracted 25 entries. Tim has previously won the class aboard Wesko in 2014.

There are eight New Zealand combinations in the popular Eventing Ireland CCI3*-L including world number eight Jonelle Price, who last year was second in the class aboard her classy Faerie Dianimo. She has placed second in a number of the classes at Tatts in the past, but this time lines up aboard her eight-year-old black Dutch-bred mare Grappa Nera and her new mount, eight-year-old Lime Rickey. Her world number two husband Tim, a previous winner of the class, has entered two eight-year-olds in Senza Fine and Spartaco with Dan Jocelyn entered on Florencina R and his new ride Duke of Champions. James Avery also has a brace on the card with 14-year-old Aloha and 12-year-old One of a Kind. Hollie Swain has entered aboard Solo. With 60-plus in the class, it is bound to be a hotly-contested run.

Tim also has Happy Boy and Emotion II in the Cooley Farm CCIYH2*-L.

Competition gets underway with the first horse inspection for the higher classes and dressage for others on Wednesday, with the event culminating on Sunday with the CCI4*-L showjumping.