The OTTO SPORT AUSTRALIA SYDNEY CDI (1-5 May) has received the highest number of entries to date with 85 horses entered across the CDI 3*, CDI U25, CDI-Y, CDI-J, CDI-P competitions.  This is a first for a dressage event of its type held in the Australasian region and demonstrates the growth and popularity of dressage.

Entries are strong across the levels and it is exciting to see the growth in the Junior, Pony and Young rider categories.  Our Grand Prix ranks had a turn around after the World Equestrian Games in Tryon in 2018 and it is exciting to see a strong field of twenty-two (22) horses will be competing in the OTTO SPORT AUSTRALIA CDI Grand Prix.  With New Zealand in the mix, Trans-Tasman rivalry adds another element with both Australian and New Zealand combinations having their sights set on qualifying for the Tokyo 2020 Olympic Games.  You can expect vocal support from both sides of the ditch.

“It has been a number of years since we have had this number of competitors cross the Tasman to test themselves against their Australian counterparts and I am sure they will bringing their A game to the fabulous SIEC venue  on the back of our recent national championships and Horse of the Year Show. We look forward to the continuation of some Trans Tasman rivalry in the arena.” 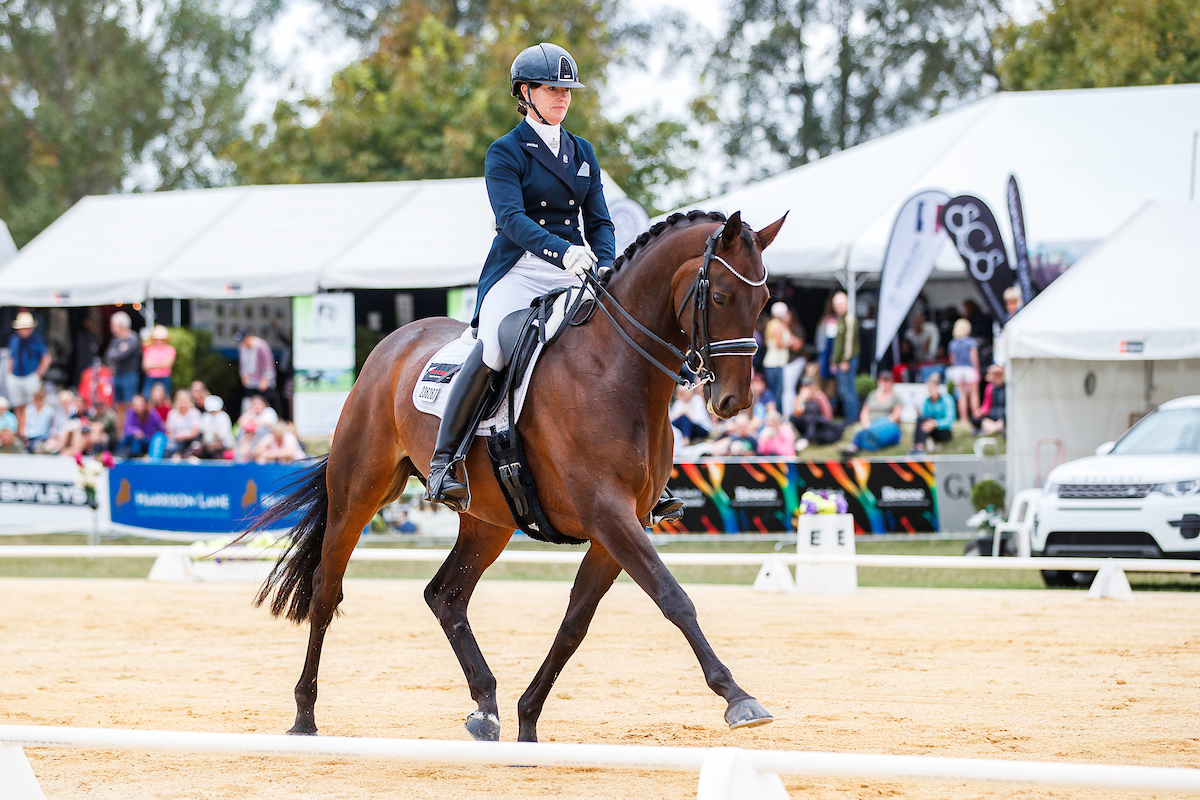 “Our competition season in New Zealand has finished, with our only two CDIs being run in close proximity to each other towards the end of our season. The Sydney CDI presents an excellent opportunity to extend our FEI calendar, and is ideally positioned to enable use of fitness and competition experience from our season,” she said.

Wendi Williamson competing in the Small Tour on Decadance MH “From a travel perspective Sydney is a well serviced horse transport route from New Zealand. The Tokyo Olympics are one of our international goals, however the qualifying criteria set by our federation is a considerable step up from where we are currently (four scores in the Grand Prix at CDI3* level of 72% or above, and of these, two need to be greater than 73%). “Sydney CDI presents an opportunity to gain international exposure and experience at an Olympic venue.”

In addition, the wide-ranging national programme held alongside the International component, brings the total number of horses and ponies entered to 255. Horses and top riders from around Australia and New Zealand will be put through their paces in nearly 500 tests across four days of competition in what is Australia’s most prestigious international dressage event. The event features competitions spanning levels from Advanced to Grand Prix as well as the showcase for horses starting out in the Kohnke’s Own NSW Young Horse Championships. (Holly Leach will contest the 7yr old Championship on HP Fresco Tickets for the event are on sale and seats for the ever-popular Saturday evening Grand Prix Freestyle to Music event are selling out fast. For more information about the event or to purchase tickets, visit the event website at: www.sydneycdi.com