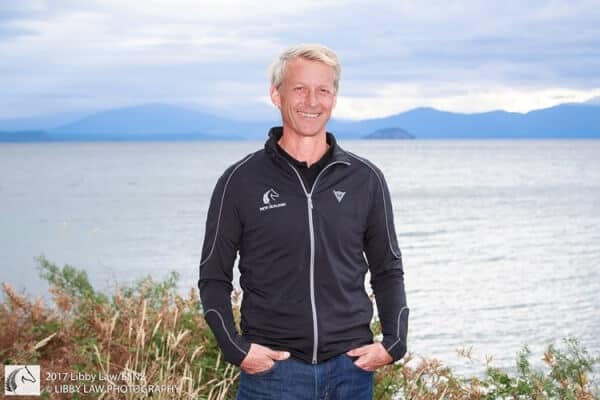 ESNZ eventing high performance manager Graeme Thom looks back on a year that reminds us all what a great leveler horses always are.

From three CCI4* wins and a second at Adelaide, a team victory at the Aachen Nations Cup and qualification for the 2020 Olympic Games through to not making the podium at the 2018 FEI World Equestrian Games. Always the realist, Graeme says he and the wider team will dust off from WEG, own the mistakes, embrace the positives and look forward to Tokyo.

For him, it is more of an 18 month reflection that started with a Nations Cup win at Boekelo in 2017 followed by Clarke Johnstone’s victory at the Adelaide CCI4*. “2018 was a huge year with three 4* wins by Jonelle and Tim Price at Badminton, Luhmuhlen and Burghley respectively, and of course punctuated with that Aachen Nations Cup win which was just the second time a non-German team has been victorious.”

Graeme thinks such a 4* run over a 10 month period is one few countries could boast. “The Prices were certainly on form this year and have no doubt inspired many Kiwis to seek the same podium success.”

However, WEG didn’t produce the medals everyone wanted. “The highlight was Cekatinka – ridden by Tim (Price) and owned by Joanne Pullan – ended up just one showjump rail away from an individual silver,” said Graeme. “That said, from a team perspective, we came up short. It is easy to say the cross country gods were not in our favour, however the denouement clearly revealed that we did not perform to the level that was expected of us, nor to the level we expected of ourselves.”

He felt the changed format at WEG took the importance of the two jumping phases to an even higher level. “Indeed when we look at the final scores, New Zealand was not that far off the medal teams with respect to dressage scores, but fell short on the second and third days. This certainly focuses us on Tokyo as it will be imperative to have horses that are strong across all phases.”

The reduced team sizes on top of the most recent changes would level the playing field even more. “While we, along with a number of other nations, were against the changes, it is a fait accompli. The oddities surrounding the substitution rules of the alternate combination and the fact that a horse may be eliminated in one phase and then carry on through the remainder of the competition presents us with a few curious strategic conundrums.”

New Zealand will most definitely look to compete in more Nations Cups in the coming season and Graeme hopes some will be run under the new Olympic rules.

Looking to the future, he says plenty will be taken across all performances to produce better results. “While the fundamentals of our training and planning remain essentially the same, we must recognise and adapt to the changes in both the scoring system and the new three horse format for the 2020 Olympic Games,” he says. “WEG 2018 taught us a number of things that must be adapted and – likewise – not overlooked. The simple summation is that teams will need horses that are proficient in all phases and that the margin for error will be even slimmer in 2020 than in the past.”

The 2018 season also marks the end of a very special association with the departure of long standing team farrier Andrew Nickalls who first joined the Kiwis in 2002. “Andrew is a fantastic farrier and has been absolutely integral to the team’s performance and morale. Not only has he brought top level expertise to our horses’ health but he is also one of the few who can lead a proper haka. He will be missed on team trips but it is comforting to know he will continue working with many of our squad horses throughout the season.”
Joining the team’s “amazing support group” will be Jack Young.

With the season drawing to a close, Graeme extended a heartfelt thanks to “all our wonderful and dedicated” owners. “It is not lost on any of us how fortunate we are and from that, the desire to perform is further exemplified,” he says. “As the sport progresses and the costs match the pace, our federation is working hard to provide structures – in association with our friends at Black Gold – that will make ownership ever more accessible through syndications and tax incentives.”