Solid Start From Kiwis in Adelaide 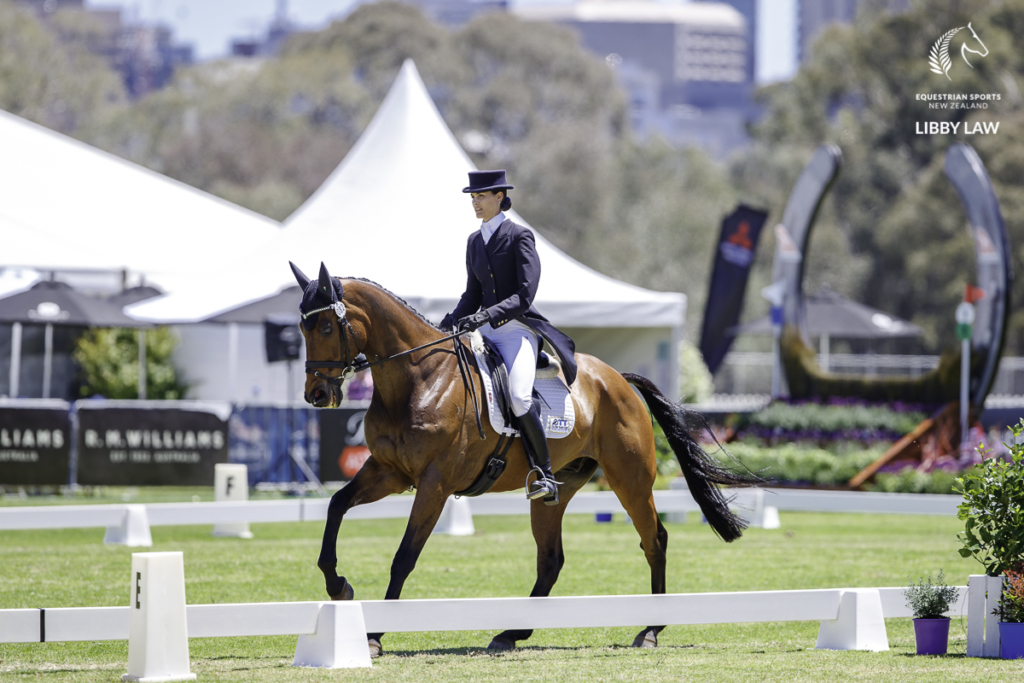 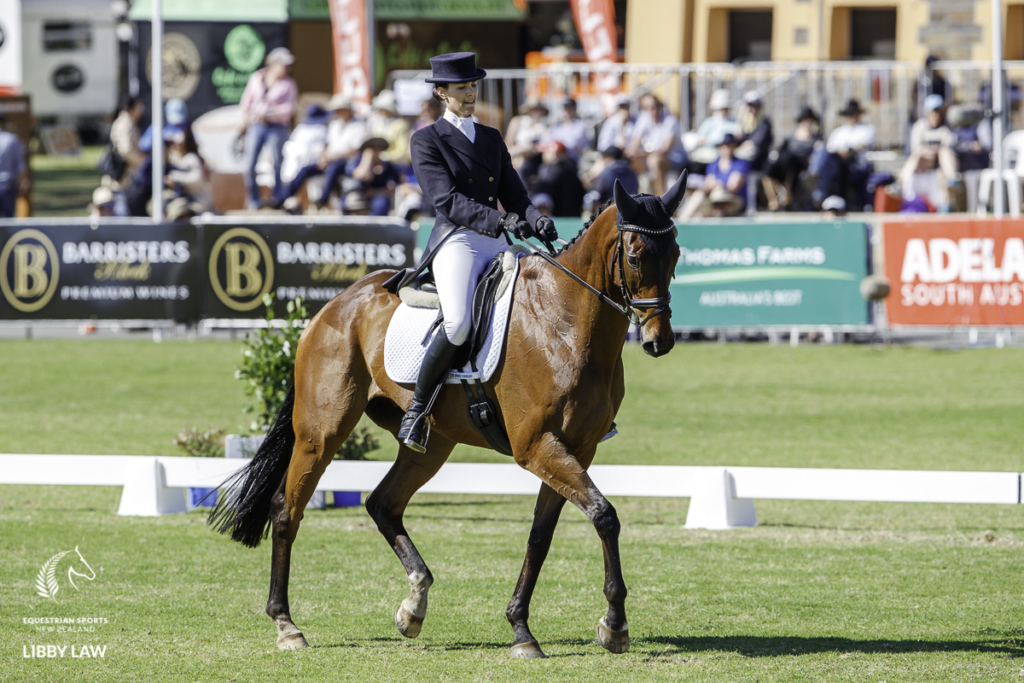 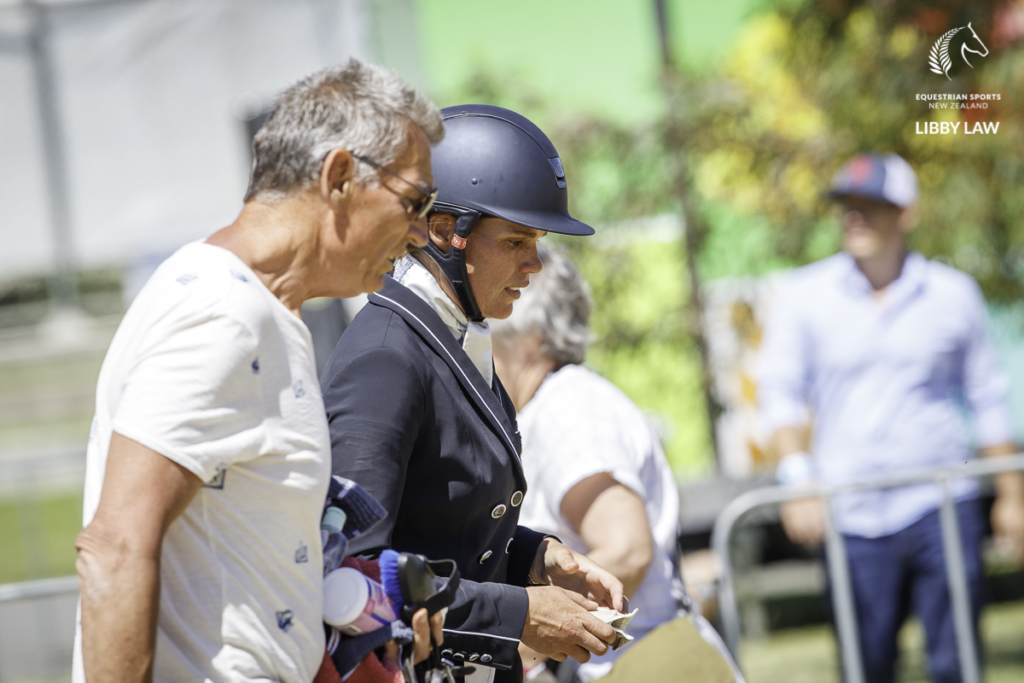 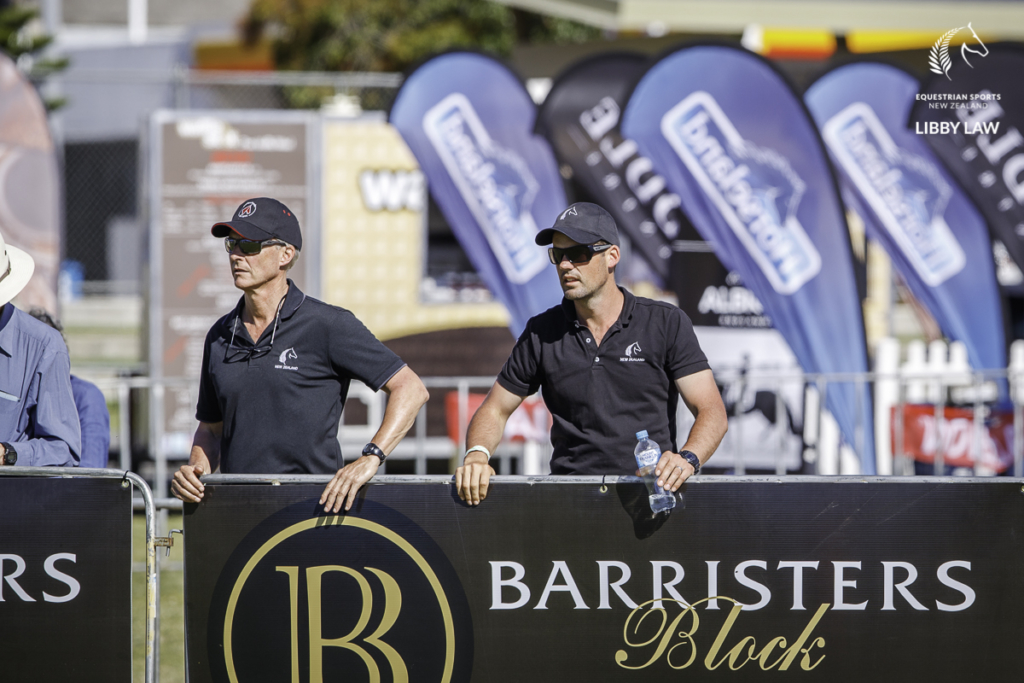 The Kiwi eventers are flying high at the end of the dressage at the Mitsubishi Motors Australian International 3 Day Event in Adelaide.

Emily Cammock (Canterbury) and Shaw Lee are the best of the nine New Zealand combinations, sitting in fourth place on 32.9 penalty points. Bundy Philpott (Cambridge) and Tresca NZPH scored a personal best with their 34.6 penalty point effort that sees them in sixth equal. Amanda Pottinger (Havelock North) and Just Kidding are in eighth on 34.8, Jess Woods (Waikato) on Just de Manzana are ninth on 35.9, Donna Edwards-Smith (Te Kauwhata) and DSE Tangolooma in 11th on 36.5, young gun Renee Faulkner (Auckland) on Rubinstar HH in 13th on 37.2, Australia-based Hayley Frielick is in 19th with My Happiness on 39.9 and 21st with Class Action LP on 42.5, and Donna Edwards-Smith and DSE Cluny in 20th on 40.1.

Kat Taliana leads the field aboard her Brit-import Trevalgar II on 31 penalty points.

ESNZ high performance development coach Jock Paget had plenty of praise for all the New Zealand riders, and particularly those in their first 4* start. “They all rode very much to where the horses are capable of and should be very proud. I would have done anything to get a score like that in my first 4* – they all did a great job! It was a good day.”

Emily felt Johnny, as Shaw Lee is known, was right at home in the dressage. “He was amazing,” she said. “He was totally rideable, relaxed and obedient. It was definitely the best test he has done, but unfortunately not his best score.”

She is expecting much from tomorrow’s cross country. “It is everything you would expect from a 4*. The course looks amazing – big, bold and technical. It is beautifully decorated and just makes you want to get out there and jump it!”

Bundy was ecstatic with the efforts of Tresca NZPH. “He was really trying,” she said. “It is a big track tomorrow and time will be very tight, but today was a good place to start.”

Jess was “absolutely stoked” with the efforts of her horse. “We hit 68%-69% for all our trot and walk movements but got a little tense in the canter work . . . but Lexi handled the atmosphere really well.”

Donna was very proud of both her horses. “DSE Cluny held it together for his first time in a big atmosphere,” she said. And she is eyeing finishing the event on DSE Tangolooma’s dressage score of 36.5.

Renee was very happy. “We both kept our cool and I couldn’t have asked for a better experience for our first 4* test. I am looking forward to the cross country tomorrow,” said Renee.

Hayley was also over the moon with the efforts of her two horses. “They were both super,” she said. “I am over the moon with both of them. I couldn’t have asked much more from them in their first 4* starts – they both tried really hard. We had a few moments of tension, but I am very proud of them both.”

Next is the Mike Etherington-Smith-designed cross country which is looking like a good challenge for all. But Jock Paget said while the course was tough, it was encouraging and the grounds “motivating”. “It won’t be easy but the girls are up for it,” he said. “They are good riders on good horses. They need to hook into it and give it what they have got . . . and enjoy it.”