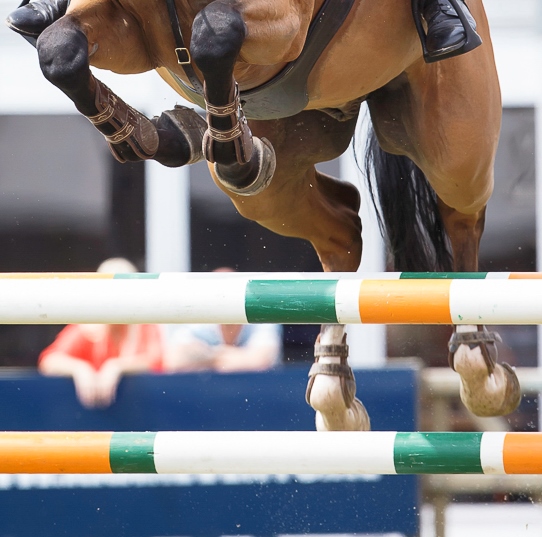 Samantha McIntosh and Check In 2 are back competing at international level and picked up an eighth place in the CSI3* Gold Tour 1.50m Finale in Dettighofen, Germany.

Thirty-five started the class with just five going through to the jump-off where Tobias Meyer (GER) and Special One were too good, stopping the clock at 40.18 seconds. McIntosh and Check In 2 picked up a single time fault in the opening round.

Earlier in the show, the Kiwi combo were 13th in the CSI2* Gold Tour second qualifier and just in the money in the first qualifier for the CSI3* Gold Tour 1.45m.

McIntosh is rapt to have her star back in the ring. “He jumped three classes with not a single rail down all weekend and placed in each one,” she said. “He is feeling great and we are looking forward to La Coruna 4* next week.”

She and Alaid de Chez Nous placed third in the CSI3* Bronze Tour Final. Twenty-six started the class which was won by Edwin Smits (SUI) aboard Lantaro von Hof, who came home in 63.51 seconds. McIntosh and Alaid de Chez Nous’ time was 68.68 seconds. “The eight-year-old was following Check In’s example and was also clear in every round too.”

Estina was also in action, placing eighth in the Albfuhren Games Triathlon.

Lisa Cubitt has also had a successful weekend, this time at the CSI3* and 2* in Knokke, Belgium where she and Encore headed home 72 other combinations to win the CSI2* 1.40m against the clock. She was also 10th in the CSI3* 1.40m two phase class aboard RLE Legoland.

For full results, head to www.worldofshowjumping.com