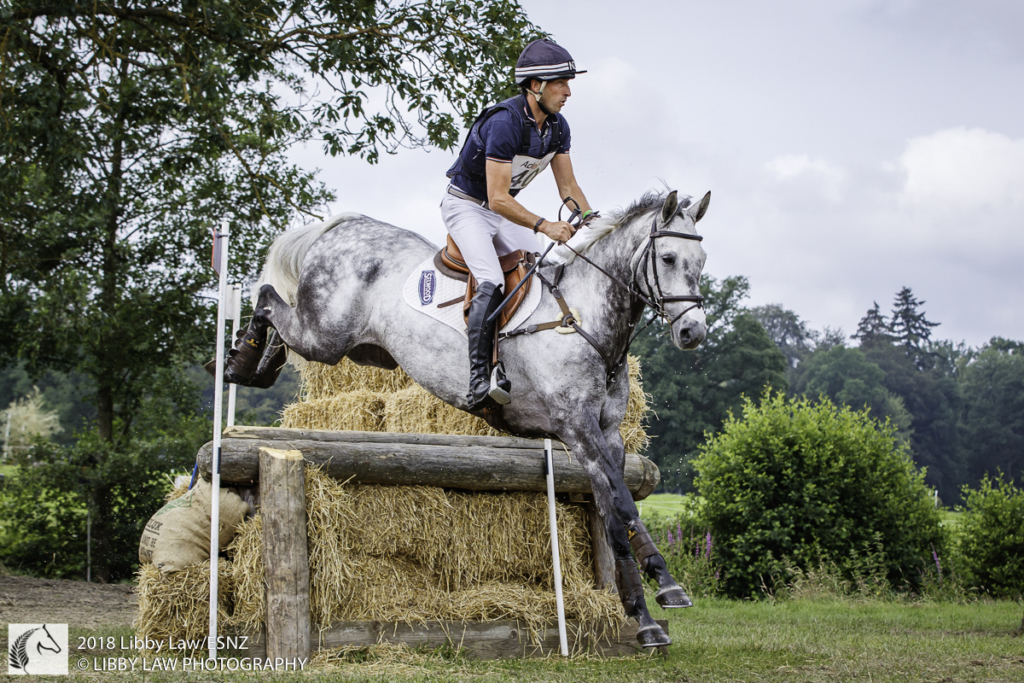 Clarke Johnstone and Balmoral Sensation have had a solid start to their 2018 WEG campaign, placing seventh in their first-ever Event Rider Masters CIC3* in Belgium.

The Kiwi combo only arrived in Europe earlier this month, but were all class this morning en route to seventh place at the Course Complet d’Arville in a quality field. Johnstone and Balmoral Sensation scored 32.1 in the dressage, adding just four time penalties in the cross country to finish on 36.1.

“The ERM format is certainly the future of the sport,” says Johnstone. “It is fantastic. Ritchie has travelled well and this was a good start to our European campaign.”

While in the Northern Hemisphere, Johnstone and Balmoral Sensation are staying with great mate, Aussie Chris Burton, who won the ERM CIC3* class this morning aboard Polystar I on 23.6 penalty points.

“It has been so nice for Ritchie to arrive to a familiar yard where he relaxed straight away,” said Johnstone. “He will have a very light week this week after the show, but he hardly feels like he has had a big trip at all.”

It didn’t go as hoped for Jonelle Price and Cloud Dancer, who were third equal after the dressage, then fifth after the show jumping, but retired during the cross country.

Husband Tim and Kincooley Cruising finished the day on 72.5 in 18th spot after picking up faults in both the showjumping and cross country, as did Sir Mark Todd and NZB Campino who were 20th.

Just 21 completed the class. Four combinations retired during the cross country, one was eliminated and five withdrew before the final phase where two combinations were clear and inside time. The results have given the ERM rankings a bit of a shake-up. Tim remains the best of the Kiwis in fifth spot, with Johnstone now on the board at 17th.

It was better news for Tim Price in the CIC2* where he and Spartaco placed fourth on 39.2 penalty points, adding just time faults from the cross country to their dressage score. Jonelle was eighth and ninth with her mounts Hester and Cooley Showtime. Hester finished on 44.6 while Cooley Showtime ended the day with 47.5.

Caroline Powell aboard Lady Donnerhall and Jonelle Price on Grappa Nera were both eliminated towards the end of the course.

Ludwig Svennerstal (SWE) and Camelot stormed up the leaderboard to take the win on their dressage score of 34.2. The combination had been 20th at the end of the dressage, moving to 12th after the showjumping and holding on to perfect form to take the class.

Fifty-two of the 67 competitors completed all three phases, with six retiring on course and eight eliminated. Just two combinations were clear and inside time on the cross country.

It was another win for Australia in the CIC3* where Sam Griffiths and Gurtera Cher lead the field home on 33 penalty points. Tim price and Ascona M finished mid-field on 71.7 but was eliminated during the cross country aboard Pats Jester. Powell and Sinatra Frank Baby retired on the cross country which saw eight eliminations and three retirements.