The ESNZ Eventing Super League is designed to recognise the top combinations in the country, with only elite 3* and 4* level classes included. So it is fitting that the winner had won every event he contested, both in New Zealand and Australia, and was never going to be caught although not competing at the final event, the NRM CCI3* at Taupo.

Clarke Johnstone and Balmoral Sensation kicked off the competition year with a win in the Red Snap’r CIC3* at Arran Station, Takapau, in October, before flying to Adelaide where they won the Australian CCI4*. Back home they took the Land Rover CIC3* at the Horse of the Year Show in Hastings, followed by the National One-day title in the Waipa Home of Champions CIC3* at Kihikihi.

They put in an appearance at Taupo, performing the test ride for the CCI3* ground jury, which is their final outing before flying out on 4th June to campaign for World Equestrian Games selection in the northern hemisphere. All going according to plan, their first start will be an ERM (Event Rider Masters) CIC3* at Arville in Belgium, followed by the CIC3* at Aachen in July.

Seasoned international Emily Cammock, who has ridden at 4* level in England, Australia, and the States, held second place with Shaw Lee, but the horse was kicked at the South Island event a fortnight prior to Taupo. Although they passed the trot up and did the dressage, Emily decided the injury needed more time to heal before attempting a cross-country like Chris Ross’s challenging Taupo track.

Donna Edwards-Smith, another experienced international who has ridden in Australia and the States, was third with DSE Tangolooma and in a position to catch Emily and Shaw Lee after their withdrawal. However Donna felt ‘Bones’ (as he is known) go amiss part way round the cross-country, so pulled up and immediately dismounted. It is not the same leg as his previous injury, so we wish him well in another recovery.

This really opened the door, but no-one quite managed to catch Emily. Cambridge solicitor Nick Brooks and the stunning For Fame came closest, finishing second in their first CCI3*, having had two CIC3* starts previously, for second at the Land Rover HOY CIC3* and third in the National CIC3* at Kihikihi. What a promising start for a future star of this demanding sport.

Jessica Woods has established a good partnership with her Australian mare Just de Manzana who showed her ability at Taupo in their biggest challenge to date. Third place at Taupo on top of their win in the South Island CIC3* at McLeans Island, which qualified them for Taupo, sees them finish their first year together in fourth place in the Super League.

Bundy Philpott and Tresca NZPH never put a foot wrong finishing fourth at Taupo, and after winning the Honda CCI3* at Puhinui in December, they finish fifth in the series, feeling confident they are ready for 4* now. Bundy gives Jock Paget credit for his help since being named in the Future Potential Recognition Squad, acknowledging she brings her horses on slowly and carefully, but is now being rewarded.

Amanda Pottinger sneaks into sixth spot after her outstanding win with Just Kidding, one point clear of Donna and ‘Bones’, and she likewise gives Jock credit for helping her save seconds on ‘Ferg’ who is small and short striding, but produced the fastest round across country at Taupo to ensure an all the way win and their second NRM National CCI3* title, after winning previously in 2016. 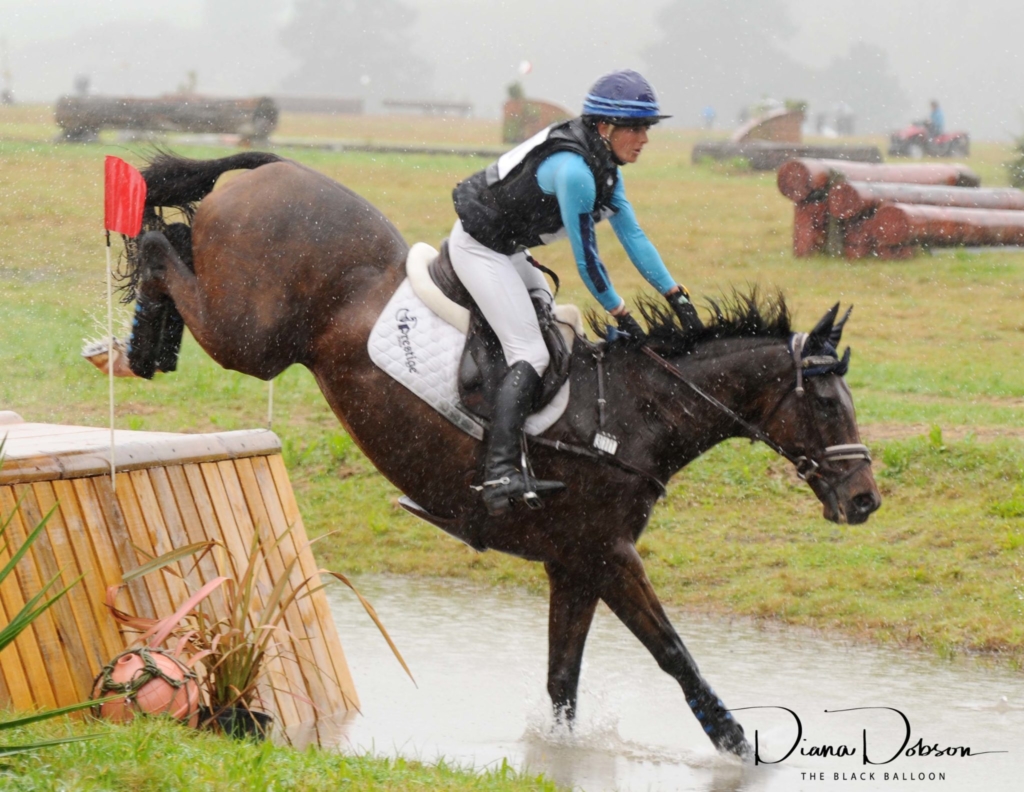