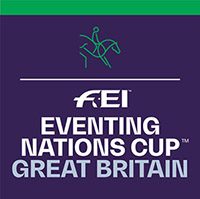 Jesse Campbell, Neil Spratt and Caroline Powell will be busy riders at the Houghton Hall International Horse Trials this week. The trio will line up for New Zealand in the FEI Eventing Nations Cup Series, where Jacky Green is chef d’Equipe for the team.

Houghton Hall is the only British hosted leg of the Nations Cup and for the past three years has been won by Germany, however, New Zealand halted a hat-trick of victories by hosts Great Britain with their convincing win in 2014.

There are riders from all over the world at the event, including from Germany, Australia, France, Ireland, South Africa, Italy and hosts Great Britain. The FEI Eventing Nations Cup runs over eight events, and culminates in The Netherlands at the CCIO3* Boekelo in October.

Campbell is entered in the Nations Cup class aboard Amsterdam 21 who has once competed in the CICO3* at Houghton Hall. The 12-year-old German bred grey is by Acorado’s Ass, out of Allez Petit (by Augustinus). He is also on the card aboard Cleveland, an 11-year-old bay who last year competed in the CICO3* at Houghton. The gelding is by Watermill Swatch, out of Riolone (by Lennard). He will also compete in the CCI1*.

Powell has both Sinatra Frank Baby and Spice Sensation entered in the CCIO3*. Twelve-year-old Sinatra Frank Baby is by Sinatra, out of Newtown Cherry (by Gypsy Duke), is her Nations Cup horse. Thirteen-year-old Spice Sensation by Out of Touch, out of Cuan Ginger Spice (by Chair Lift) will compete as her individual horse. She also has two in the CCI1*.

Neil Spratt has just Galwaybay Echo on the CICO3* card, but has two in the CCI1*. The 10-year-old Irish sport horse, who is by Clover Echo, out of Misty’s Cavalier (by Cavalier Royale) has had four international starts with Spratt.

Houghton Hall is part of the Tri-Star Grand Slam competition, a series which offers a winner-takes-all prize of £50,000 for any rider who can win three of the four CIC3* events included in the competition.  The first horse inspection is on Wednesday, followed by the dressage on Friday, showjumping on Saturday and cross country on Sunday.